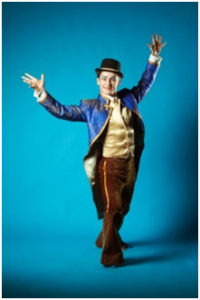 P.T. Barnum once said “There’s a sucker born every minute”.  Those words were never truer than in the weight loss industry and weight loss scams.

You’ve seen the ads: “Lose 4 pounds/week of belly fat”; “Lose 40 pounds in two weeks”; “burns off fat effortlessly”; “The pounds just melt away”. It’s hard to believe that people actually fall for those ads. Yet they do.

The problem is that weight loss is hard. You have to change your lifestyle – eat healthier, exercise more, give up some of your favorite foods. Even worse you can’t just make those changes for a few weeks or a few months. Those lifestyle changes need to be permanent if you wish to achieve lasting weight loss.

That just doesn’t fit with the American psyche. After all, our doctors and the TV ads promise us a “pill for every ill”. If you think that way, it is only logical that there should be a pill for weight loss.

Unfortunately, the unscrupulous supplement manufacturers are only too happy to fill that expectation. They don’t care whether their products actually work or whether they may actually kill you. They just want to make a quick buck. 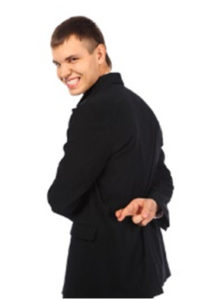 The first 2 weight loss scams fall into the category of ones that lighten your wallet. In a recent press release the FTC recently charged two Florida-based supplement manufacturers of concocting elaborate, but completely fraudulent, marketing schemes to sell their weight loss products– one containing forskolin and another containing white kidney bean extract.

The schemes started with the marketers hacking people’s email accounts and sending messages touting the fake products to all of their contacts. The messages were worded in such a way that the email appeared to be a recommendation of the product coming from a trusted friend or family member.

The emails were linked to fake “news websites” that were designed to look like they were put up by an independent consumer reporter who had reviewed and endorsed the product rather than by the product manufacturers. These web sites featured glowing testimonials from consumers who had supposedly lost significant weight using those products. Of course, the fake “news websites” contained links that took consumers to websites where they could purchase the products.

In the complaint they filed in court, the FTC said “these weight loss claims are false and lack scientific support”.  In plain English, the FTC was saying that the testimonials were made up and there was no scientific evidence that the products actually worked.  The fake “news websites” also said that the products were endorsed by Oprah and a television show called “The Doctors.”   The FTC said that both of those claims were also false.

And, if all of this weren’t enough, the defendants in these two cases then approached people who had legitimate health and weight loss blogs with large followings and offered them affiliate status if they would feature links to the fake “news websites” the defendants had constructed. In plain English, affiliate status means that the owners of the blogs receive a commission whenever someone started from their blog and clicked all the way through to one of the defendant’s sites and bought a product*.

The FTC is seeking an immediate injunction that would shut down these fraudulent marketing schemes and prevent the companies from selling fake products that don’t work.  I hope the FTC is successful at obtaining the injunction against both companies, and I hope it happens quickly. Unscrupulous manufacturers like this need to be put out of business.  Please, be careful to avoid these kind of weight loss scams.

*Just so you know, I have also been approached by companies offering “Health Tips From the Professor” affiliate status for marketing their products.  I have chosen not to do that.  I don’t want to become like so many other popular health blogs that seem to be more about marketing than about health.  I will not feature any product I don’t believe in on my site.  Integrity is more important than money. 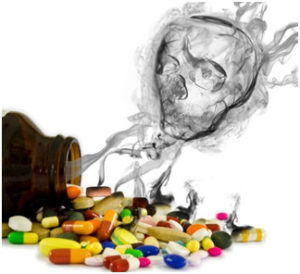 The third of the weight loss scams is of the more dangerous kind – one that might even kill you.

The FDA recently sent a warning letter to a marketing company called The Ultimate Weight Loss Company claiming that 3 of their weight loss products that were labeled as containing bee pollen actually contained two undeclared drugs that the FDA has banned for consumer use.

The second undeclared drug in their products is a compound called sibutramine. Sibutramine suppresses appetite and increases metabolic rate. It was the active ingredient in a weight loss drug called Meridia, which was initially approved by the FDA in 1997.

The problem is that, like many drugs that increase metabolic rate, sibutramine also increases heart rate. While that is relatively benign for some people, it can cause arrhythmia, heart attack and stroke in anyone with a weakened cardiovascular system.

A large clinical study published in 2010 (James et al, New England Journal of Medicine, 363: 905-917, 2010) showed that Meridia significantly increased the risk of heart attack and stroke in subjects with preexisting heart disease. Shortly after that the FDA declared that it caused an unacceptably high risk of heart attack and stroke, and it was withdrawn from the market. The FDA currently classifies subutramine as an unapproved drug as well.

Of course, some of you are probably saying to yourself: “My heart is fine. If this drug suppresses my appetite and revs up my metabolism, where can I get it?”  My response is: “Not so fast. Here are a few statistics you should know”:

Unfortunately, the combination of phenophthalein and sibutramine are still used in fraudulent weight loss products because they work. These two drugs together might actually give you 10 pounds or more of weight loss in the first couple of weeks. They might also kill you.  They are certainly weight loss scams to avoid.

In their warning letter to The Ultimate Weight Loss Company the FDA said that their products pose “a threat to consumers because sibutramine is known to substantially increase blood pressure and/or pulse rate in some patients and may present a significant risk for patients with coronary artery disease, congestive heart failure, arrhythmias, or stroke. This product may also interact, in life-threatening ways, with other medications a consumer may be taking”

Even worse, as soon as the FDA shuts down this company, another one will pop up somewhere else. The combination of phenolphthalein and sibutramine is one of the  weight loss scams that turn up time after time.

How Can You Protect Yourself From Weight Loss Scams?

It is definitely “buyer beware” in the weight loss industry. Unscrupulous manufacturers and weight loss scams abound. You have learned from this article that:

So what can you do to keep from being ripped off or endangering your health?  Here are my top 4 recommendations for avoiding weight loss scams.

Weight loss scams have been in the headlines recently.

In both cases the products seemed legitimate. They seemed safe. When you read the details of the FTC and FDA cases it becomes apparent that:

In the article above you will find my top 4 recommendations for avoiding weight loss scams.