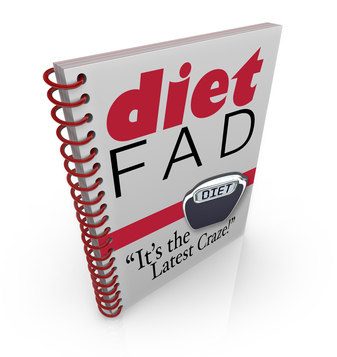 I think it was P. T. Barnum who said “There’s a Sucker Born Every Minute”. That’s particularly true in the diet world where hucksters seem to be all around us – especially this time of year.

You already know that most of those ads can’t be true. You don’t want to be a sucker. But, the ads are so compelling:

So it is easy to ask yourself: “Could it be true?” “Could this work for me?”

Fortunately, the Federal Trade Commission (FTC) has stepped up to the plate to give you some guidance. Just in time for weight loss season, they have issued a list of seven claims that are in fact too good to be true. If you hear any of these claims, you should immediately recognize it as a fad diet and avoid it.

Here are the seven statements in ads that the FTC considers as “red flags” for fad diets that should be avoided:

I’m sure you have heard some of these claims before. You may have actually been tempted to try the products or program. You should know that the FTC said that it considers these to be “Gut Check” claims that simply can’t be true.

Unfortunately, the FTC guidelines didn’t exactly make it to the front page of newspapers and blogs. They weren’t featured in the network news shows. So the FTC went one step further. In a program called “Operation Failed Resolution”, the FTC:

Sensa, the company who’s ads claimed that you could just “shake, shake” their ‘fairy dust’ on your food and lose weight, was required to pay $26 million for unfounded weight loss claims and misleading endorsements (testimonials).

And, as for those clinical studies Sensa claimed to have had, the FTC alleged that one study was based on fabricated data, and the other two studies were equally flawed. The FTC also alleged that Sensa paid people for their testimonials.

LeanSpa was fined $7 million for claiming that a mixture acai berry and a colon cleanse could help you lose weight. Among other things, the FTC prohibited LeanSpa from claiming that products were clinically proven to work when they are not.

L’Occitane was fined $450,000 for claiming that a skin cream called Almond Beautiful Shape would slim a person’s body “1.3 inches in just 4 weeks.”

HCG Diet Direct was fined $3.2 million for claiming that human chorionic gonadotropin (HCG) plus a very low calorie diet could help you lose a pound a day. The FTC alleged that HCG had not been proven to provide any more weight loss than the low calorie diet alone. The FTC stated that HCG “has been falsely promoted for decades as a weight loss supplement.”

Don’t Wait For the FTC to Act

You probably recognize that there are a lot of other companies out there hawking similar products. There are lots of similar weight loss ads that seem just too good to be true. The FTC is watching them and will probably try to shut them down one by one. When the actions against these four companies were announced, the FTC said:

“We cannot comment on companies that either we haven’t brought an action against in the past or we aren’t announcing today, because our investigations are non-public. We do have other investigations going on in the health area, but we can’t identify the companies we’re investigating”.

The good news is that you don’t have to wait for the FTC to act. They have given you “7 Easy Ways To Spot Fad Diets”. All you need to do is to avoid diets that make those kinds of claims.