Most adult Americans gain a pound or two each year. That may not sound like much on a yearly basis, but over a lifetime it is huge – if you’ll pardon the pun. 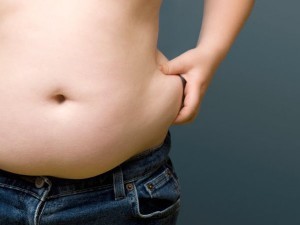 Because the health consequences of weight gain are so devastating, everyone has their favorite dietary advice for keeping those extra pounds away. For some it is diet plans – low fat, low carb, paleo, Mediterranean – you name it. For others it is counting calories or avoiding sugars of all kinds. The list goes on. Are all calories created equal?

But what if all of these approaches were wrong? What if we could keep our weight under control solely based on the foods we eat? A recent study seemed to suggest that we just might.

A group of scientists from Tufts University and Harvard decided to look at how the food choices we make on a daily basis influence our weight gain or loss over time (Smith et al, AJCN 101: 1216-1224, 2015). However, they designed their study in a very unique way, and it is important that I explain the study design so that you can understand the strengths and limitations of the study.

Most studies of this kind look at what foods people are eating and compare that to how much they weigh. These scientists looked at changes that people made in their diets and correlated that with how much weight they gained or lost over time.

When you think of it, that’s the information most of us really want to know. We are less interested in why the foods we used to eat got us into trouble in the first place than we are in how the changes we make in our diet might influence future weight loss or gain.

This study combined the data from three very large, long term studies – the Nurses’ Health Study, the Nurses’ Health Study II, and the Health Professionals Follow-Up Study. Altogether that is a group of 120,784 men and women who were followed for 16-24 years. All three of these studies measured weight and evaluated dietary habits using food-frequency questionnaires every 4 years.

The scientists conducting the study measured changes in food choices and changes in weight for each individual in 4-year increment over the total time duration of the studies. In analyzing the data, they looked at choices of protein foods, total carbohydrate, and the glycemic load (GL) of the carbohydrates.

The authors of the study did not measure calories or fat intake for this study, but those factors are indirectly included in food choices – more about that later.

Are All Calories Created Equal?

Now let’s get to the good stuff – the results of this study. When the authors analyzed the data they found that:

This was a surprise. Since many experts have been recommending that people substitute chicken and fish for red meat, they had expected to see that kind of dietary shift when they analyzed the data. Apparently, people have not been listening to the experts!

The study really got interesting when they looked at the effect of adding different proteins in the context of the carbohydrate-rich foods that the subjects were eating. For example,

Simply put, that means eating a hamburger on a white flour bun with fries is going to pack on more pounds than a hamburger patty with brown rice and a green salad.

New Insights From This Study 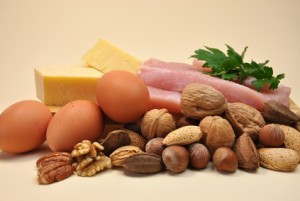 This study broke new ground in several areas. For example,

Limitations of the Study

The head author of this study stated in an interview “The idea that the human body is just a bucket for calories is too simplistic. It’s not just a matter of thinking about calories or fat. What’s the quality of the foods we are eating? And how do we define quality.” This has been picked up by the media with statements like “not all calories are created equal”.

But, even that message is a bit too simplistic. Choosing healthy foods is not all that there is for weight control. We also need consider:

This a new insight. Many people advocate a high protein diet for weight control or weight loss, but many of them will tell you the type of protein doesn’t matter. So, are all calories created equal?  This study suggests that the type of protein foods we eat are important in determining whether we lose or gain weight.

This is also a new insight. Everyone knows that switching from white grains, pastries and candy to whole grains, fruits and vegetables will help you lose weight, but this is the first study I’m aware of that suggests those same changes will influence whether the protein foods we eat lead to weight gain or weight loss.