Does Belly Fat Make You Dumb? 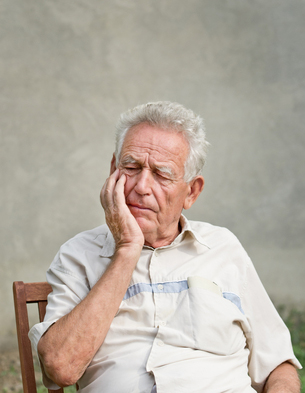 In last week’s “Healh Tips From the Professor” I told you that abdominal obesity (otherwise known as “belly fat“) increases your risk of dying from both heart disease and cancer.

But you probably knew that already.

This week I’m going to tell you about a recent study that breaks new ground and should really grab your attention.

This study involved 6,583 members of Kaiser Permanente of Northern California, ages 40 to 45, who had their abdominal obesity measured between 1964 and 1973. The investigators then pulled their medical records between 1994 and 2006 when they were between 73 and 87 years old and asked how many of them had dementia.

The results may shock you.

Interestingly enough the abdominal circumference was a better predictor of dementia risk than was BMI, the most frequently used measure of obesity.

So where you store your fat is more important than the total amount of fat, but you probably knew that already.

You Can Reduce Your Risk Of Dementia

Now let’s get to the question that I’m sure that many of you are dying to ask me: “If I don’t like what I see when I look into the mirror, am I doomed to develop dementia when I get older?”

The answer is no. Most experts feel that the effects of abdominal obesity are reversible.

But the time to act is now!

If you wait until you get older, you might just forget that you ever read this article.