The Diet Wars Heat Up Again 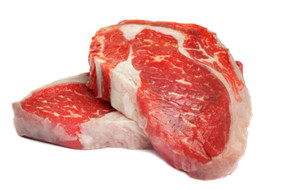 What is the best diet for weight loss? One week the headlines say that low-carbohydrate diets are better. The next week it’s low-fat diets that are better. There is even the occasional headline proclaiming that it doesn’t matter which diet you follow as long as you control your calories. It is no wonder that you are confused.

The manuscript behind this headline was published September 2nd in the Annals of Internal Medicine (Bazzano et al, Annals of Internal Medicine, 161: 309-318, 2014). This study was designed to determine which was the best diet for weight loss, low carb diet or low fat diet. The study recruited 148 overweight participants (mean age, 46.8, 88% female, 51% black) and randomly assigned them to either a low-fat diet or low-carbohydrate diet.

The participants on the low-fat diet were instructed to consume <30% of their calories from fat, while the participants on the low-carbohydrate diet were told to limit carbohydrates to <40 g/day. Neither group was told to limit calories. They met with a dietitian 10 times during the 12-month study and received information on dietary fiber (target = 25 g/day) and healthy fats (target = <7% saturated fat and little or no trans fats).

Case closed, you might be tempted to say. The low carb diet is the best the diet for weight loss. But there have been lots of other studies that have come to the opposite conclusion. So we have to ask the question: “Is this study significantly better than all of the studies that have failed to find any difference between the low-fat and low-carbohydrate diets with respect to weight loss and cardiovascular risk?”

What Are The Strengths & Weaknesses Of the Study?

Strengths of the Study: This was a very well designed study. In particular:

In short, this is a good study, but it has important flaws. It is not a game changer.

The study behind this headline was published in the September 3rd edition of the Journal of the American Medical Association (Johnson et al, JAMA, 312: 923-933, 2014). This study was a meta-analysis that combined the results of 48 studies with 7286 participants. When the authors combined the data from all of the published studies there was no difference in weight loss for the low-fat and low-carbohydrate diets over a one or two year period.

The strength of the study is that it combines the results of multiple studies. That increases the statistical power of the observations and smoothes over the effect of outlier studies, such as the one described above. This is the study I would trust.

What Do The Experts Say?

Dr. Walter Willett, Chair of the Department of Nutrition at the Harvard School of Public Health was 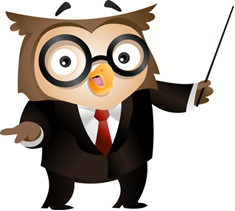 quoted as saying: “…some people [would] do well on either diet. The key issue for each person is finding a way of eating that is healthy and can be maintained for the long term.”

Dr. Bradley Johnson (the author of the meta-analysis) was quoted as saying: “The take home message is that people should choose a diet they can adhere to…”

1)  Ignore the recent headlines suggesting that low-carbohydrate diets may be more effective than low-fat diets for weight loss. When you control for calories and protein intake there is no difference between the two diets with respect to long term weight loss.

2)  You can also ignore the headlines telling you that low-carbohydrate diets are better for cardiovascular health. You don’t need to avoid carbohydrates to have a healthy heart. You just need to make healthy carbohydrate choices – fruits, vegetables, legumes and whole grains instead of refined flour products and sugary junk food.

3)  Experts will tell you that the best diet is a healthy diet that you can stick with long term.

4)  My personal recommendations are to avoid extremes (either low-fat or low-carbohydrate). Instead: