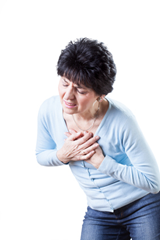 Should you avoid calcium supplements? Do calcium supplements increase heart disease risk? If you’ve been reading some of the recent headlines in magazines, newspapers and current health articles, that’s exactly what you might think.

Why the confusion? It turns out that most of these studies had some significant limitations – particularly the studies reporting increased heart attack risk. For example:

And when studies like that are poorly designed, you end up with some pretty bizarre findings. For example:

Are you confused yet? If so, I have good news for you. The definitive study on calcium supplements and heart attack risk in humans has just been published.

A group of scientists from Brigham and Women’s Hospital in Boston and Harvard University analyzed the relationship between supplemental calcium use and cardiovascular disease in 74,245 women with no previous history of heart disease who were enrolled in the Nurses’ Health Study (Paik et al, Osteoporosis International, doi: 10.1007/s00198-014-2732-2, 2014). This was a very well designed study that avoided the flaws of the previous studies. For example:

The results were pretty clear cut:

1)     You can ignore the “Killer Calcium” headlines and the warnings that taking calcium supplements will increase your risk of heart disease. The definitive study for women has just been published, and it shows that >1,000 mg/day of supplemental calcium reduces your risk of cardiovascular disease by 29% and cardiovascular death (primarily heart attacks) by 18%.

2)     The definitive study for men has not yet been published, but it is likely that the results will be similar to those for women.

3)     On the other hand, there is clear evidence that calcium intake in the 1000 to 1300 mg per day range (the current RDA recommendations) decreases the risk of osteoporosis, and osteoporosis can significantly decrease quality of life and even lead to increased mortality. Most people aren’t getting enough calcium in their diet. For these people appropriate calcium supplementation is clearly advantageous.

4)     Finally, as I discuss in my book “The Myths of the Naysayers” (available for free to subscribers of “Health Tips From the Professor”), some poorly designed calcium supplements could indeed have the potential to increase heart disease risk. My recommendation is to make sure that your calcium supplement contains 800 to 1200 IU of vitamin D per day plus RDA levels of the other nutrients needed for bone formation (vitamin C, vitamin K, magnesium, zinc, copper and manganese).