A Candy a Day Keeps The Weight Away? 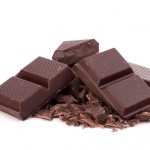 Sometimes you come across news that just seems too good to be true. The recent headlines saying that you can lose weight just by eating chocolate are a perfect example. Your first reaction when you heard that was probably “Sure, when pigs fly!”

But, it’s such an enticing idea – one might even say a deliciously enticing idea. And, in today’s world enticing ideas like this quickly gain a life of their own. Two popular books have been written on the subject. Chocolate diet plans are springing up right and left. A quick scan of the internet even revealed a web site saying that by investing a mere $1,250 in a training course you could become a “Certified Chocolate Weight Loss Coach” earning $50,000/year.

If you like chocolate as much as most people you are probably wondering could it just possibly be true?

The idea that chocolate could help you lose weight does have some support. There are actually three published clinical studies suggesting that chocolate consumption is associated with lower weight (European Journal of Clinical Nutrition, 62: 247-253, 2008; Nutrition Research, 31: 122-130, 2011; Archives of Internal Medicine, 172: 519-521, 2012).

While that sounds pretty impressive, they were all cross-sectional studies. That means they looked at a cross section of the population and compared chocolate intake with BMI (a measure of obesity). Cross sectional studies have a couple of very important limitations:

1)    Cross sectional studies merely measure associations. They don’t prove cause and effect. Was it the chocolate that caused the lower weight, or was it something else that those populations were doing? We don’t really know.

2)    Cross sectional studies don’t tell us why an association occurs. In many ways this is the old chicken and egg conundrum. Which comes first? In this case the question is whether the people in the studies became obese because they ate less chocolate – or did they eat less chocolate because they were obese and were trying to control their calories? Again, we have no way of knowing.

If Pigs Could Only Fly 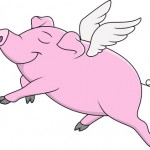 Chocolate is relatively rich in fat and high in calories. It’s not your typical diet food. On the surface it seems fairly implausible that eating chocolate could actually help you lose weight.

Scientists love to poke holes in implausible hypotheses, so it is no surprise that a recent study (PLOS ONE, 8(8) e70271) has poked some huge holes in the “chocolate causes weight loss” hypothesis.

The authors of the study assessed frequency of chocolate intake and weight for each individual in the study at two separate time points 6 years apart. The results were very interesting:

Of course, even prospective cross sectional studies have their limitations. Double blind, placebo controlled studies are clearly needed to resolve this question. The only published study of this type has reported a slight weight gain associated 25 g/day of dark chocolate, but the study was too small and too short in duration to draw firm conclusions.

In summary, more studies are needed, but the current evidence does not support the “miracle diet food” claims for chocolate.

1)    Pigs still haven’t learned how to fly. As enticing as it may sound, the weight of current evidence does not support the claims that chocolate is a miracle diet food or that eating chocolate every day is a sensible strategy for losing weight.

2)    On the other hand, dark chocolate is probably one of the healthier dessert foods. There is no reason not to enjoy an occasional bite of chocolate as part of a healthy, calorie-controlled diet.