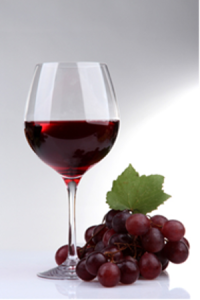 Will Red Wine Make You Smarter?

It seems like every other day a new headline pops up telling us of yet another nutrient that might improve memory and slow cognitive decline. Perhaps it’s because we having a greying population. Lots of Americans are looking for that magic pill that will allow us to remember where we left the car keys.

This week the banner headlines were about resveratrol, a polyphenol from red wine. The headlines suggested that resveratrol could improve memory performance in healthy older adults. Are those headlines true, and what does that information mean for you?

Resveratrol is a member of a very large class of compounds called polyphenols that are found in red wine, green tea, and a variety of fresh fruits and vegetables. Polyphenols are very diverse structurally, but most of them are excellent antioxidants. They are one of the reasons that we are constantly being told to eat more fresh fruits and vegetables.

However, resvertrol and a few structurally similar polyphenols are unique in that they also bind to proteins called sirtuins which regulate metabolic processes related to the aging process. In fact, resveratrol garnered a lot of attention a few years ago when Dr. David Sinclair at Harvard Medical School published a study showing that obese mice given resveratrol escaped many of the metabolic consequences of obesity and actually lived longer than mice who were not given resveratrol.

In animal studies resveratrol appears to improve insulin sensitivity and mitochondrial function, lower cholesterol levels and blood pressure, and reduce inflammation and oxidative damage. Human studies have been limited to date, but suggest that resveratrol may impart many of these metabolic benefits to humans as well.

A recent study showed that resveratrol improved memory performance in grey mouse lemurs, a non-human primate species. However, no one had previously looked at whether resveratrol might improve memory in humans. 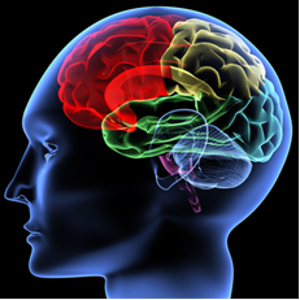 In this study (A. V. Witte et al, The Journal of Neuroscience, 34: 7862-7870, 2014) investigators recruited 46 older (average age 64), overweight (BMI 25-30), adults from Berlin, Germany. All of the subjects were healthy and none of them had any sign of cognitive impairment. For a six month period half of them were given 100 mg of resveratrol twice a day, and half of them were given a placebo (sunflower oil).

At the beginning of the test period they were given a memory test which measures how many of 15 listed words they could recall 30 minutes later. They also underwent a MRI scan that measured brain volume and functional connectivity of the hippocampus, a key region implicated in memory function. Finally, hemoglobin A1c, a measure of long term blood sugar control was measured.

Here are the results:

What Does This Study Mean?

This study is promising in that it is well done and is consistent with previous animal studies. However, we need to keep in mind that this is the very first study of this kind. Similar to most first studies, it is small (only 46 subjects) and short in duration (6 months). It also only tested one dose of resveratrol (200 mg/day).

Now that this study has shown that resveratrol might improve memory in healthy older adults, it provides a strong rationale for more clinical studies to test this hypothesis. There is a need for larger, longer term studies in other population groups. Future studies should also evaluate different doses of resveratrol so that we know how much is needed to positively impact mental function.