Is Most Of What You’ve Been Told About Vitamins Wrong?

I am a scientist and a professor. I taught medical students for 40 years. I believe in evidence based medicine. Why would I tell you that many of the clinical trials about the impact of individual nutrients on your health are misleading?

Let me start by sharing a story that I used to tell every new graduate student in my lab. The story goes like this: There is this drunk on the sidewalk, on his hands and knees under a lamppost, just groping around. A policeman comes up to him and says, “What are you doing?” The drunk says, “I’m looking for my housekeys.” The policeman gets down on his hands and knees and he looks too, and finally he says, “I can’t find them anywhere. Are you sure you lost them here?” To which the drunk relies, “Nope, I lost them over there, but the light’s better here.”

The point I was trying to make is that we can only do experiments where the light is good. But the questions we sometimes want to ask are over in the corner, where we can’t really shine the light on it directly. It’s often difficult to look in the right place and/or to ask the right questions.

But, in the 21st-century, studies generally focus on individual nutrients or individual drugs in an intervention, placebo-controlled trial. This is considered the “Gold Standard” for evidence based medicine. However, it’s very difficult to evaluate holistic approaches with that kind of study.

The Whole Is Greater Than The Parts 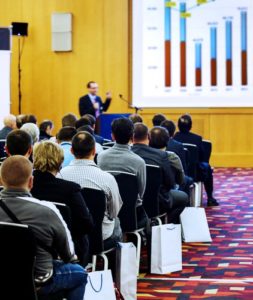 One of the examples that I love to use, because it really made an impression on me as a young scientist, occurred at an International Cancer Symposium I attended more than 30 years ago.

I attended a session in which an internationally renowned expert was giving his talk on colon cancer. He said, “I can show you, unequivocally, that colon cancer risk is significantly decreased by a lifestyle that includes a high-fiber diet, a low-fat diet, adequate calcium, adequate B-vitamins, exercise and weight control. But I can’t show you that any one of them, by themselves, is effective.”

Is that the message that we should be giving people? Or should we really be saying what that doctor said many years ago – that a lifestyle that includes all those things significantly decreases the risk of colon cancer? 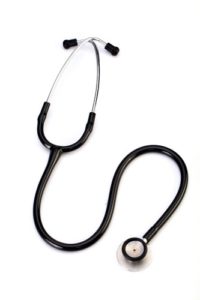 A recent paper about how to best evaluate the relationships between nutrition and disease (Shao et al, European Journal of Nutrition, DOI: 10.1007/s00394-017-1460-9) caught my attention. This paper, written by a team of 10 international experts, was a summary of key findings from a recent international meeting of the Council for Responsible Nutrition.

The paper started out by reviewing the strengths of clinical studies in which the effect of a single intervention on a health outcome is evaluated in a double-blind, placebo controlled clinical study; something they referred to as a reductionist approach.

However, the authors went on to say that the use of the reductionist approach to study effect of nutrients on optimal health or holistic approaches to health often has led to misleading results. They characterized these studies as often “leading down a rabbit hole.”

For example, the authors said: “In an effort to uncover the magic bullet, scientists inappropriately studied nutrients in a drug-like context. Unlike drugs, nutrients do not function in isolation and have beneficial effects on multiple tissues and organ systems.”

Clinical Trials That Have Mislead Us

I realize that the report I just described is conceptual. It’s difficult to wrap your mind around. To better understand how clinical trials employing a reductionist approach can often mislead us, let’s look at some specific examples comparing holistic studies to reductionist studies.

Healthy diets: Healthy diets have a significant impact on health, but it is not possible to show that individual components of those diets are beneficial: In previous issues of “Health Tips From the Professor,” I have discussed the Mediterranean and DASH diets. I have shared studies showing that the Mediterranean diet dramatically reduces the risk of heart disease, diabetes, cognitive decline, and some forms of cancer. However, you would be hard pressed to show that individual components of the Mediterranean diet have a significant impact on these health outcomes.

Similarly, the DASH diet is as effective as drugs at controlling blood pressure (Moore et al, Hypertension, 38: 155-158, 2001 ). Other than sodium restriction, you would also be hard pressed to show that the individual components of the DASH diet exert a significant effect on blood pressure.

Supplements That Are Going to Kill You: Individual nutrients can sometimes have adverse effects on your health. Those reports generate a lot of negative press, but the adverse effects usually disappear when those nutrients are consumed along with nutrients that complement their effect on whole body metabolism.

For example, there was something called the Iowa Women’s Health Study that got some negative press in 2011 (Mursu et al, Archives of Internal Medicine, 171:1625-1633, 2011). This is one of those studies that led to headlines saying: “Vitamins can kill you.”

Another example is vitamin E and prostate cancer. You probably saw the headlines, which said: “Vitamin E increases the risk of prostate cancer.” Those headlines were based on a study published in the Journal of American Medical Association in 2011 (J Klein et al, Journal of the American Medical Association, 306: 1549-1556, 2011). However, in that same study the people who were taking vitamin E and selenium (two nutrients that work together synergistically) had no increase in cancer risk.

There is a good biochemical rationale for those results. Vitamin E converts some reactive oxygen species to peroxides, which are quite dangerous themselves. Selenium is part of an enzyme that converts peroxides to water. Together, vitamin E and selenium convert reactive oxygen species (free radicals) to something that is completely harmless. By itself, vitamin E does only half the job. 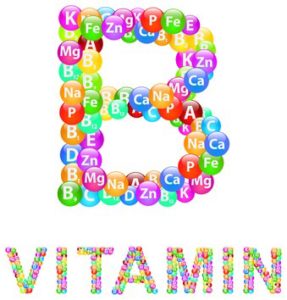 The results were dramatic. The holistic supplement users had one-third the prevalence of angina, heart attacks and congestive heart failure and one-quarter the prevalence of diabetes compared to the other two groups. In contrast, reductionist studies looking at the effect of those nutrients individually have generally been inconclusive.

Studies in which the effect of a single intervention on health outcomes is evaluated in a double-blind, placebo-controlled clinical study is considered the “Gold Standard” for evidence based medicine. A recent report has questioned the value of this kind of study in defining the impact of holistic approaches on health outcomes.