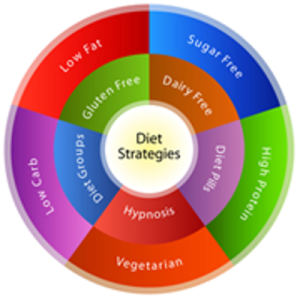 If you are like most Americans, you are either overweight yourself or have close friends and family who are overweight. That’s because 69% of Americans are currently overweight, and 36% of us are obese. Worldwide the latest estimates are that 1.5 billion adults are overweight or obese.

A new report, How The World Could Better Fight Obesity,  estimates that obesity is a $2 trillion drain on the world’s economy. That is equivalent to the global cost of war & terrorism and of smoking – and is double the global costs of alcoholism and global warming!

If you are like most Americans you have tried a number of diets over the years. All of them promised that they had the “secret” to permanent weight loss. You lost some weight initially, but here you are a few years later weighing as much as ever.

You are probably beginning to wonder whether any diets work long term. According to the latest study, the answer may just be “no”.

This study (Atallah et al, Circulation Cardiovascular Quality and Outcomes, 7: 815-827, 2014) was a systemmatic review of all of the randomized controlled studies of the four most popular diet plans – Weight Watchers, Akins, Zone and South Beach.

In case, you are unfamiliar with these diets, here is their philosophy:

The investigators restricted their analysis to studies that were greater than 4 weeks in duration and either compared the diets to “usual care” or to each other. (The term usual care was not defined, but most likely refers to a physician giving the advice to eat less and exercise more).

Twenty six studies met their inclusion criteria. Fourteen of those studies were short-term (< 12 months) and 12 were long-term (>12 months). Of the long-term studies, 10 compared individual diet plans to usual care and 2 were head-to-head comparisons between the diet plans (1 of Atkins vs Weight Watchers vs Zone and 1 of Weight Watchers vs Zone vs control). The majority of participants in these studies were young, white, obese women. Their average age was 45 years and their average weight at the beginning of the studies was 200 pounds.

What Did This Study Show?

If you have struggled with your weight in the past, you probably won’t be surprised by the result of the study.

The investigators concluded: “Our results suggest that all 4 diets are modestly efficacious for short-term weight loss, but that these benefits are not sustained long-term.

A similar study in 2005 compared the Weight Watchers, Jenny Craig and LA Weight Loss diets (Tsai et al, Annals of Internal Medicine, 142: 56-66, 2005) and concluded “…the evidence to support the use of major commercial and self-help weight loss programs is suboptimal”. 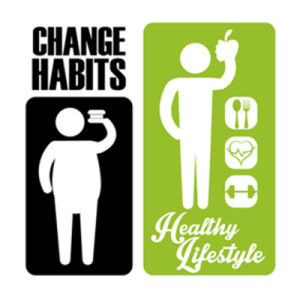 My personal recommendation for the initial weight loss is a high protein diet – one that provides about 30% of calories from healthy protein and moderate amounts of healthy carbohydrates and healthy fats. The protein should be high enough quality so that it provides 10-12 gram of the essential amino acid leucine because leucine specifically stimulates muscle growth. The combination of high protein and leucine preserves muscle mass while you are losing weight. That is important because it keeps your metabolic rate high without dangerous herbs or stimulants.

However, the high protein, high leucine diet is still just a diet. It is an excellent choice for the initial weight loss, but what about long-term weight control?

The authors of this study said: “Comprehensive lifestyle interventions aimed at curbing both adult and childhood obesity are urgently needed. Interventions that include dietary, behavioral and exercise components…may be better suited to [solve] the obesity epidemic.” I agree.

1) Contrary to what the advertisements promise, after 12 months all four diets gave comparable and very modest (5-7 pounds) total weight loss. The results with the diets were not significantly different than for patients who were simply told to eat less and exercise more.

4) My personal recommendation for the initial weight loss is a diet that is high in protein and the amino acid leucine because that type of diet preserves muscle mass.