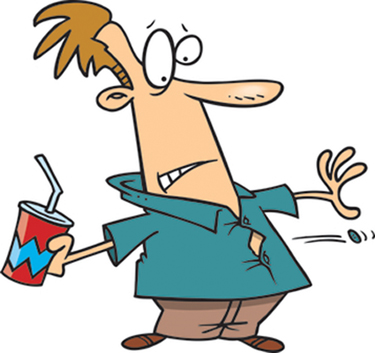 Should You Kick the Diet Soda Habit? 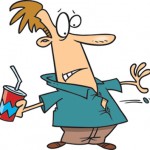 Let me start with the first headline. The Purdue publication referred to in the headline (Swithers, Trends in Endocrin. & Metab., 24: 431-441) wasn’t really a study, it was an opinion piece. That simply means that it was a review where the references were selected on the basis of the author’s opinion. That’s OK if you clearly label it as an opinion piece, which Dr. Swithers did.

Now for the second headline: There is no good evidence that diet sodas will cause you to gain more weight than regular sodas. However, a number of published studies suggest that consumption of diet sodas is associated with weight gain – sometimes just as much weight gain as consumption of the sugar sweetened sodas they replace.

Do Diet Sodas Make You Fat?

For example, the San Antonio Heart Study recorded consumption of diet sodas and regular sugar sweetened sodas in 3,862 adults (average age 44) and measured the increase in BMI (a measure of obesity) over the next 7-8 years. That study found:

Another major study (Circulation, 116: 480-488, 2007) recorded diet and regular soda consumption in 6039 participants in the Framingham Heart Study (average age 53) and measured the increase in obesity (along with other parameters associated with metabolic syndrome or pre-diabetes) over the next 4 years. This study found:

Are These Studies True? 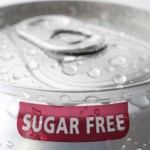 That argument is less persuasive for the San Antonio Heart Study, because the weight gain associated with diet soda consumption was also seen with people who were at normal weight at the beginning of the study. Still there is a need for good double blind, placebo controlled intervention studies.

You may have also seen the recent headlines from a study showing that people consuming diet sodas gained no more weight than people consuming water (Obesity, 22: 1415-1421, 2014). But once again, both groups were given detailed instructions on how to restrict total calories. Almost any diet will work if you have a dietitian looking over your shoulder and telling you how to restrict calories.

So what is the average consumer to think? On the one hand, dietitians and health professionals are telling you to drink diet sodas if you want to lose weight. On the other hand, you keep seeing these headlines saying the diet sodas may not help you lose weight or may even cause you to gain weight.

Of all the recent blogs and online articles on the topic, the only one I actually recommend reading is from WebMD (http://www.webmd.com/diet/features/diet-sodas-and-weight-gain-not-so-fast).

WebMD often adheres to the AMA line, but I found this to be a very balanced analysis of the science behind the question of whether diet sodas help or hinder weight loss.

How Could Diet Sodas Possibly Cause Weight Gain?

Dr. Barry Popkin, a colleague from the University of North Carolina, calls it the “Big Mac and Diet Coke” mentality. He says: “Especially in America, we have a lot of people who eat high-fat, high-sugar diets, but also drink diet sodas.”

Why is that? Dr. David Katz from Yale University has research suggesting that artificial sweeteners may condition people to want to eat more sweet foods. He says: “Our taste buds don’t really differentiate between sweet in sugar and sweet from, say, aspartame. The evidence that this sweet taste is addictive is pretty clear. What I have seen in my patients is that those who drink diet soda are more vulnerable to processed foods with added sugars.”

There is some independent evidence to back up that hypothesis. For example, one recent study showed that rats given artificially sweetened yoghurt with their rat chow ate more rat chow and gained more weight than rats fed sugar-sweetened yoghurt with their rat chow (Behavioral Neuroscience, 122: 161-173, 2008). Another study in humans showed that consumption of artificial sweeteners activates a portion of the brain associated with cravings for sweets (Physiology & Behavior, 107: 560-567, 2012).

However, this viewpoint is controversial. Some experts think that the association between diet sodas and weight gain is psychological rather than physiological. Simply put, when people consume diet drinks they feel that they can splurge elsewhere.