Is Obesity Caused By Bad Genes Or Bad Lifestyle?

In past issues of “Health Tips From the Professor” I have shared some common sense weight loss tips. But what if it is all for naught? What if there is nothing you can do about your weight? 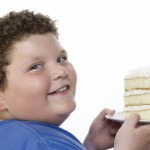 You may have seen the headlines suggesting that obesity in kindergarten is a very strong predictor of obesity later in life. If so, you are probably wondering what that means for your kids or grandkids – and what it means for you. You are probably asking questions like:

What Does the Study Actually Show?

The results that made the headlines were:

Does Obesity Begin In Kindergarten?

Is Obesity Caused By Bad Genes Or Bad Lifestyle? 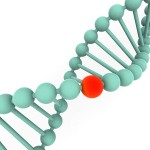 Taken on face value, the results of this study might seem to suggest that genetics is the primary cause of obesity. However, if that is the message we convey to the public, it is likely to simply fuel the perception that most overweight individuals are genetically destined to be obese. There is nothing they can do about it. So, why even bother trying?

However, the authors of the study also noted that the percentage of children aged 6 to 11 who are above the 95% percentile of weight has increased 4-fold between 1963 and 2000. Genetics does not change in a mere 37 years (37 generations maybe). That 4-fold increase in severe childhood obesity is clearly driven by lifestyle changes over the past 30 or 40 years.

While nobody knows the exact percentages, a reasonable interpretation of recent research in this area might be:

So the answer to this question is BOTH. For most of us, obesity is caused by bad genes AND bad lifestyle.

When Should We Intervene?

You probably already know that any extra fat cells we develop in childhood never go away. They are always with us, looking for those extra calories they can store as fat.

This study suggests that by the time we are in kindergarten, the die may already be cast. Those extra fat cells may have already developed.

And, for many people, the time to intervene may be even sooner. This study also showed that birth weight plays an important role as well. Children who weighed 9 pounds or more at birth were 2-fold more likely to be obese in kindergarten than children who weighed less than 9 pounds at birth.

The authors of the study noted that most public health initiatives (school lunch programs, lifestyle education programs, etc.) are targeted at school aged children. The authors went on to say that by then it may be too late to have any significant effect on the incidence of obesity in our children.

They suggested that we need to place a stronger emphasis on influencing lifestyle changes that affect the weight of babies at birth and are likely to influence whether or not they become obese by the time they reach kindergarten.

That’s not the realm of public health policy. That’s our responsibility.

What Should We Do?

If You Are Pregnant:

If You Have a Young Child Who Is Overweight:

I know some of you are saying “My kids won’t eat healthy stuff”. Let me give you my take on that.

When I was a kid, my mom had a pretty simple policy. If I didn’t like what she cooked, I didn’t have to eat it. I could simply wait until the next meal – when she would be serving the same kinds of healthy foods again.

Now, let me step down from my soapbox and summarize.

1)     The latest research suggests that if a child is overweight by kindergarten, they are likely to be overweight for the rest of their lives. So if you want to spare your kids and grandkids  from a lifetime of obesity, you want to intervene early.

2)     A small percentage of those kids are destined to be obese no matter what they do. However, for the vast majority of them obesity can be prevented by a healthy lifestyle.

3)     If you are pregnant, don’t “eat for two”. That is terrible advice. If your pre-pregnancy weight is stable (neither increasing or decreasing), you only need to add a serving or two of healthy foods to your diet during pregnancy. Check with your doctor about the amount of weight gain that is right for you and follow their advice.

4)     If you have a young child who appears to be overweight, don’t restrict their calories. Instead, provide them with healthy food choices and encourage them to exercise.

5)     Finally, if you have been overweight since childhood, don’t despair. For most of us obesity is a combination of genetic predisposition and lifestyle choices. You can’t your genes, but you can change your lifestyle.