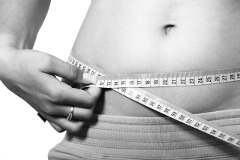 Are you confused yet?  Just as you were starting to wrap your mind around the current consensus recommendations that we engage in 30 minutes of moderate intensity exercise 5 days/week, news stories are starting to appear saying that might not be enough exercise if you want to lose weight!

So how much exercise DO you need, and why is there so much confusion with exercise and weight loss?

Let me start by reviewing a couple of studies that appeared a few years ago on weight loss in middle aged, overweight women.

The results were striking. Weight loss was similar in the two exercise groups (calories do count). However, the women in the high intensity exercise group lost a significant amount of abdominal fat while the other two groups did not! As you may know, abdominal fat appears to be much more damaging metabolically than fat stores in other parts of our bodies. 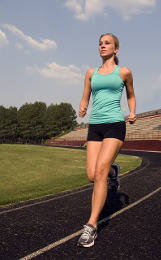 Again the results were striking. Only those study participants who exercised for at least 275 minutes/week (an average of almost 60 minutes a day for 5 days) were able to lose 10% or more of their weight and keep the weight off over a 24-month period.

How Much Exercise is Enough?

So what does all of this mean to you? 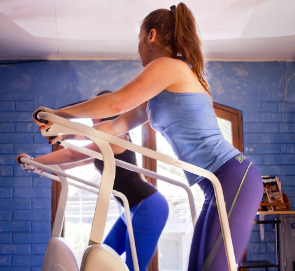 When most Americans decide to shed a few pounds, one of the first things they think of is getting more exercise. After all, it’s much easier to walk around the block during lunch hour than to actually change what you are eating.

The question then becomes how much exercise is enough? Is the recommended 30 minutes a day of moderate intensity exercise 5 days per week enough?

Of course, if she had fries and a soda with any of those meals she would need to do even more exercise. 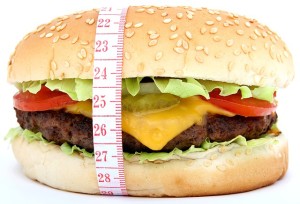 These estimates are not just hypothetical. The studies described above clearly show that if you are relying on exercise alone to shed your excess pounds and/or excess fat, you are going to need higher intensity exercise and/or longer duration moderate intensity exercise than the current consensus recommendations suggest.

In other words, the current recommendations of 30 minutes of moderate intensity exercise 5 days per week probably won’t make much of a dent in your weight unless the exercise is coupled with a very good weight loss program.

But, if you have ever relied on exercise alone for weight loss, you have probably guessed that already!

Of course, the consensus recommendations are still valid for what they were designed to accomplish. 30 minutes a day of moderate intensity exercise 5 days per week is sufficient to improve fitness and reduce cardiovascular risk factors.  And fitness reduces your risk of disease even if you are still overweight.

Furthermore, since many Americans probably don’t get even 30 minutes of exercise in a week, 30 minutes 5 days per week is a great starting goal.

Recent studies show that the current recommendations of 30 minutes of moderate intensity exercise 5 days per week probably won’t make much of a dent in your weight unless the exercise is coupled with a very good weight loss program.

Don’t freak out about all of the conflicting exercise recommendations. Here’s what I suggest:

1) Consult with your physician before you start any exercise program.

2) Get active. Start slowly and start by choosing activities that are fun and accessible to you.

3) Set your goal of 30 minutes of moderate intensity exercise 5 days per week. If you want to lose weight, couple that with a well-designed weight loss program.

4) If your combination of exercise and diet isn’t putting a dent in your weight and weight loss is important to you, pick up the pace or increase the duration of exercise.