How Can You Be Sure You Are Getting What You Paid For?

Two weeks ago the headlines claimed that most supplements containing grape seed extract were bogus. Just last week the New York Attorney General claimed that four of the largest retailers in the state were selling bogus herbal supplements.

We already knew that it is “buyer beware” in the food supplement industry. Is it really this bad? Are most herbal supplements a waste of money? How can we be sure that we are getting our money’s worth when we buy herbal supplements? 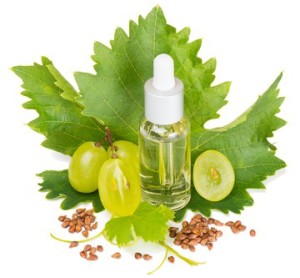 The scientists used HPLC/UV/MS to analyze the supplements for the polyphenols that should be found in authentic grape seed extracts. (HPLC/UV/MS is an analytic method that is the gold standard for identifying and quantifying the chemical composition of the final product. However, it is a very expensive procedure, and many manufacturers do not use it.)

The results of their analysis were quite alarming.

The authors concluded that “adulteration of grape seed extract in commercial preparations is a significant problem.” They suggested that substitution of much cheaper polyphenol sources such as peanut skin extract or pine bark extract offered significant “economic gain” to the manufacturers.

They went on to say “due to reliance of inferior…assays [or complete lack of quality control assays in some cases] across the value chain, adulteration can go undetected by others in the distribution chain, such as those involved in distribution, packaging, wholesale and retail sales.”

To put that in lay terms it means that suppliers and manufacturers often cheat by substituting cheaper polyphenol sources, primarily for financial gain. Furthermore, because most companies don’t use high cost quality control assays such as HPLC/UV/MS they actually have no idea whether their products actually contain grape seed extract or not.

The recent headlines about ginko biloba, St. John’s wort, ginseng, echinacea and other herbal products arose from an announcement by the New York Attorney General the he had just ordered GNC, Target, Walmart and Walgreens to take a number of herbal supplements off their shelves because almost 80% of them didn’t contain the ingredients listed on the label or contained non-listed ingredients.

Specifically, the Attorney General claimed that:

The Attorney General claimed that these and other herbal supplements they tested were bogus. Even worse, they were deceptive and could endanger people’s health. For example, people generally use St. John’s wort to relieve depression. If the supplement is bogus, they are not just wasting money. Their mental health is also being compromised.

DNA barcoding is an important analytic test that every manufacturer should use to validate the identity of their herbal raw ingredients. However, DNA is often removed in the process of preparing an herbal extract, so DNA barcoding is an inappropriate assay to use for validating the quality of the finished product. Assays such as the HPLC/UV/MS are more appropriate or the final product.

In short, the Attorney General identified a potential problem with the herbal supplement industry, but further tests are required before we know how significant the problem actually is. The most troubling aspect of the whole incident is that some of the retailers had not run their own quality controls on the products, so they actually had no idea whether the products they were selling were bogus or not.

How Can you Make Sure the Supplements you Buy Aren’t Bogus?

Now that you know that many herbal supplements may be bogus, how do you protect yourself? How do you make sure that you are not wasting your money and jeopardizing your health?

The answer is actually pretty simply.

Herbal supplements have been in the headlines lately, and the news isn’t good.