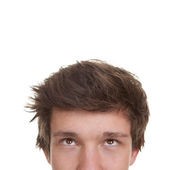 For those of you with teenagers – or who have had teenagers in the past – you may suspect that there’s nothing between their ears. But actually there is a lot going on between their ears, and some of the neural contacts laid down in the brain during the teen years influence the health of their brain during their adult life.  Let’s look at the association between iron and brain development.

And – no surprise here – what they eat can affect the health of their brain as well.

Which brings me to a study published in the Proceedings of the National Academy of Sciences January 9, 2012 (doi: 10.1073/pnas.1105543109) that looks at the adequacy of dietary iron intake during the teenage years and their brain health as adults.

Before I describe the study perhaps a little bit of what I call Biochemistry 101 is in order.

Free iron is toxic to living cells. For that reason, our body produces multiple proteins to bind and transport the iron. The protein that binds and transports iron through the bloodstream is called transferrin. Under normal conditions 2/3 of the transferrin in our bloodstream has iron bound to it and 1/3 does not. And that is the ideal ratio of bound and unbound transferrin for delivery of iron to brain cells and other cells in our body.

When our diet is iron deficient (or we have excessive blood loss) the percent iron saturation of transferring decreases. The body tries to compensate by producing more transferrin, but this doesn’t really help since the problem was inadequate iron supply, not inadequate transferrin supply. As a consequence elevated transferrin levels are generally indicative of an iron-deficient diet.

Iron and Brain Development in Teens 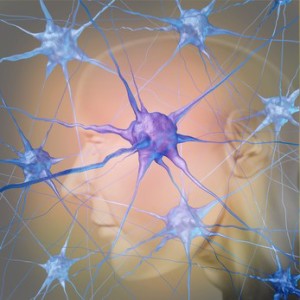 The study was led by Dr. Paul Thompson of the UCLA Department of Neurology. He and his team performed brain scans on 631 healthy young adults with an average age of 23. The brain scans were of a type that measured strength and integrity of the connections between the nerves in the brain – in other words, the brain’s wiring. They then went back and looked at the amount of iron available to each subject’s brain during adolescence by looking at their blood transferrin levels from routine physical exams performed at ages 12, 14 and 16 (blood transferrin levels are often measured as part of routine physical exams).

The results were pretty clear cut. Elevated transferrin levels during the teenage years were associated with reduced brain-fiber integrity in regions of the brain that are known to be vulnerable to neurodegeneration. These individuals did not show any cognitive impairments as young adults, but the concern is that they might be more likely to develop cognitive impairments as they age.

Dr. Thompson summarized his team’s findings by saying that “Poor iron levels in childhood erode your brain reserves which you need later in life to protect against aging and Alzheimer’s. This is remarkable, as we were not studying iron deficient people, just around 600 normal healthy people. It underscores the need for a balanced diet in the teenage years, when your brain command center is still actively maturing.”

Questions Every Parent Should Ask