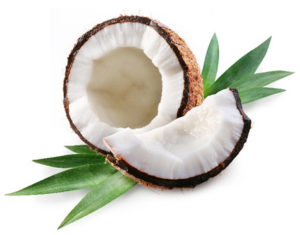 Coconut oil is the latest miracle food. Bloggers and talk show hosts are telling us how healthy it is. We are being told to cook with it, spread it on our toast, and put it in our smoothies. We are told to be creative. The more coconut oil you can get in your diet, the better.  But, is coconut oil bad for you?

The hype is working. 72% of the American public believes coconut oil is healthy. This is why the recent American Heart Association (AHA) Presidential Advisory on saturated fats has proven so controversial.

Interestingly, most of the AHA advisory was about the linkage between saturated fats from meat & dairy and heart disease risk. Only one paragraph of the 24-page report was devoted to coconut oil, but the AHA recommendation to avoid coconut oil generated the lion’s share of headlines.

What Did The AHA Presidential Advisory Say?

The AHA advisory concluded that saturated fats from meat and dairy foods increased the risk of heart disease. This conclusion was based on randomized clinical trials in which the diet was carefully controlled for a period of at least two years. More importantly, the conclusion was not based on LDL cholesterol, particle size, HDL cholesterol, inflammation or any other potential marker of heart disease risk. It was based on actual cardiovascular outcomes – heart attacks, strokes, deaths due to heart disease.

I have reviewed the AHA report in a previous issue of “Health Tips From the Professor,” Are Saturated Fats Bad For You, and have concluded their statement that saturated fats from meat and dairy increase the risk of heart disease was based on solid evidence. We can now say definitively that those saturated fats should be minimized in our diets.

Is Coconut Oil Bad For You? 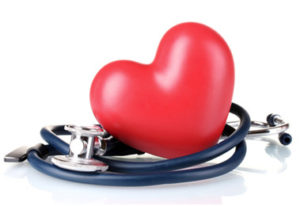 In short, one would need the same type of study that supports the AHA warning about saturated fats from meats and dairy. In the absence of this kind of study, there is no “smoking gun.” We cannot definitively say that coconut oil increases the risk of heart disease. 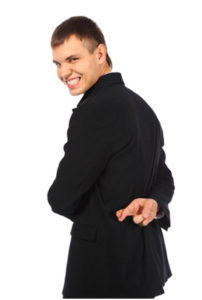 Does that mean all those people who have been claiming coconut oil is a health food are right? Probably not. At the very least, their health claims are grossly overstated.

Let’s start with the obvious. In the absence of any long-term studies on the effect of coconut oil on cardiovascular outcomes, nobody can claim that coconut oil is heart healthy. It might be, but it might also be just as bad for you as the saturated fats from meat and dairy. It’s effect on LDL cholesterol suggests it might increase your risk of heart disease, but we simply do not know for certain.

I taught human metabolism to medical students for 40 years. I was also a research scientist who published in peer reviewed journals. When I look at the health claims for coconut oil on the internet, I am dismayed. Many of the claims are complete nonsense. Others sound plausible, but are based on an incomplete understanding of human metabolism. None of them would pass peer review, but, of course, there is no peer review on the internet.

In addition, some of the claims have been “cherry picked” from the literature. For example, claims that coconut oil increases metabolic rate or aids weight loss are based on short-term studies and ignore long-term studies showing those effects disappear over time.

Let me review some of the more plausible-sounding claims for coconut oil.

For example, a few years ago a pharmaceutical company developed a drug that raised HDL levels. They thought they had a blockbuster drug. You didn’t need to exercise. You didn’t need to lose weight. You would just pop their pill and your HDL levels would go up. There was only one problem. When they did the clinical studies, their drug had absolutely no effect on heart disease risk. It turns out it is exercise and weight loss that reduce heart disease risk, not the increase in HDL associated with exercise and weight loss.

I could go on, but you get the point. The hype about the benefits of coconut oil sounds good, but is misleading. There may be some benefits, but in the absence of long-term studies we have no convincing evidence that coconut oil is good for us. 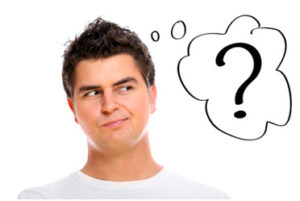 I recommend moderation. Small amounts of coconut oil are probably alright. If you have a particular recipe for which coconut oil gives the perfect flavor, go ahead and use it. Just don’t add it to everything you eat.

Finally, there are other oils we know to be healthy that you can use in place of coconut oil. If you are looking for monounsaturated oils, olive oil and avocado oil are your best bets. Olive oil can be used in salads and low temperature cooking. Avocado oil is better for high temperature cooking. Also, less frequently mentioned, safflower and sunflower oils are also good sources of monounsaturated fats.

If you are looking for a mixture of monounsaturated and polyunsaturated fats, safflower oil, canola oil and peanut oil are your best bets. Peanut oil is also good for high temperature cooking.