Will A Multivitamin A Day Keep The Doctor Away?

Junk foods and convenience foods have become the American way. We are perhaps the most overfed and undernourished country on the planet. Even worse, we are exporting our unhealthy lifestyle to the rest of the world.

Because of the foods we eat experts estimate that only somewhere between 3% and 10% of us get the nutrients we need on a daily basis. For the vast majority of Americans who are undernourished, multivitamin use helps us fill the nutritional gaps in our diet.

In this week’s Health Tips From the Professor, I will review the latest study claiming that multivitamin use reduces heart disease risk and help you put that study into perspective. 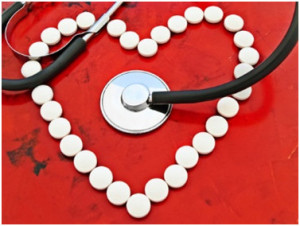 The current study (Rautianinen et al, Journal of Nutrition, doi: 10.3945/jn.115.227884, 2016)  was a re-analysis of data collected in the first Physician’s Health Study between 1982 and 1995. That study was originally designed to test the effect of aspirin and/or beta-carotene on heart disease and cancer. It enrolled a total of 22,071 male physicians over the age of 40 and followed them for an average of 12.2 years. The conclusions of the initial study were that aspirin use decreased cardiovascular risk while beta-carotene had little effect on either heart disease or cancer.

However, the study also collected data on a wide range of lifestyle factors (including diet and supplement use) and clinical outcomes, so it has provided a valuable database for many subsequent studies, including this one.

This study analyzed a subset of the population (18,530 male physicians) that did not have any sign of heart disease or cancer at the beginning of the study and looked at the effect of multivitamin usage on several cardiovascular disease outcomes including:

Here were the results of the study:

The authors concluded that their study suggests that “multivitamin use over a long duration may be associated with a lower risk of major cardiovascular events” but that further studies are needed because of the low number of long-term multivitamin users in the study.

Putting This Study Into Perspective

In short, the available data suggest that the benefits of multivitamin use are most likely to be apparent with those who are at highest risk of having a heart attack because of age or pre-existing disease as well as those who have been using multivitamins for decades, not just a few years. 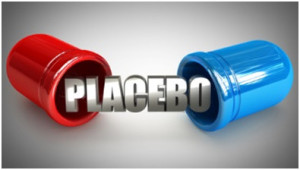 Let’s start with the obvious. If you are in great health, have a heart healthy diet and lifestyle, and do not have a genetic predisposition to heart disease, your chances of having a heart attack, stroke or other forms cardiovascular disease are very low. A multivitamin might benefit you in other ways, but it is unlikely to significantly reduce your already low risk of heart disease. Many of the subjects in previous studies fall into this category, which is why many of those studies come up empty handed.

The people who are most likely to benefit from multivitamin use are those who have a poor diet, or are at increased risk of heart disease because of genetic predisposition, pre-existing disease or age. None of the studies to date have looked at groups with poor diets or genetic predisposition to see whether multivitamin use did reduce heart disease risk. The one study that did look at groups who were older or had pre-existing disease found a beneficial effect of multivitamin use in those groups.

If so, this highlights a very serious flaw in those studies reporting no effect of multivitamin use on heart disease risk. Most of the negative studies only inquired about multivitamin use at the beginning of the study. They did not ask how long those people had been using multivitamins. If you ignore the long term multivitamin users, you are very likely to get a negative result.

The study featured in this article (Rautianinen et al, Journal of Nutrition, doi: 10.3945/jn.115.227884, 2016)  is a perfect example. The group who had been using multivitamins for 20+ years had a 44% decrease in heart disease risk. However, this group represented only 5% of the multivitamins users. The size of this group was not large enough to influence the overall results. Consequently, when the authors of the study looked at multivitamin users as a whole, there was no significant effect of multivitamin use on heart disease risk.