Now that I have shared the saga of how the methylfolate and methyl B12 stories progressed from a kernel of truth to myths and eventually to outright lies, let me systematically debunk the myths of the mehtyl B12 and methylfolate benefits.

Debunking The Myths of Methylfolate Benefits

Fact: I covered this earlier. Methylfolate is chemically synthesized from folic acid. It is physically impossible to extract enough from whole foods.

Methylfolate Benefits Myth: If you have a mutation in the MTHFR gene, folic acid isn’t effective.

At present, lowering of homocysteine levels is the only indicator of methylfolate status for which methylfolate and folic acid have been directly compared. However, there are other studies suggesting that folic acid is likely to be effective for people with MTHFR defects.

Fact: The studies suggesting that folic acid supplementation might increase the risk of cancer were all “outliers.”  By that I mean they contradicted many other studies showing no increased risk. Scientists are accustomed to this. We know that studies sometimes come up with conflicting results. In some cases, we can point to an error in experimental design or statistical analysis as the cause of the aberrant results. In other cases, we never 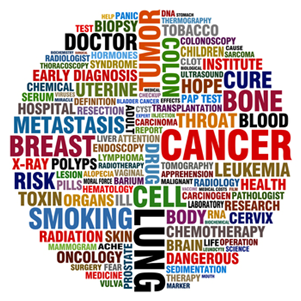 know the reason for the differences, so we go with the weight of experimental evidence (what the majority of studies show). The weight of evidence clearly supports the safety of folic acid.

However, that is not enough. If there is the slightest possibility that something causes cancer, we investigate it further. Consequently, the scientific community followed up with larger studies. Those studies showed either reduced cancer risk or no difference in cancer risk with folic acid supplementation. None of the studies found any evidence that folic acid increased cancer risk. I have covered this in detail for folic acid and colon cancer risk in a previous issue of “Health Tips From The Professor.”

There have also been a couple of small studies suggesting that folic acid might increase the risk of prostate and breast cancer. Although these were small, individual studies, they have been widely hyped by the methylfolate advocates. Once again, the definitive study has been done (S.E. Vollset et al, The Lancet, 381: 1029-1036, 2013 ).

It was a meta-analysis of every placebo controlled study prior to 2010 that analyzed the effect of folic acid supplementation on cancer risk, a total of 13 studies involving over 50,000 subjects. The results were clear cut. Folic acid supplementation caused no increase in overall cancer risk, and no increase in the risk of colon cancer, prostate cancer, breast cancer, or any other individual cancer. Moreover, the average dose of folic acid in those studies was 2 mg/day, which is 5 times the RDA.

Of course, the bloggers and the companies selling methylfolate supplements ignore the definitive studies showing folic acid does not increase cancer risk. The myths and the lies continue.

Fact: This myth is based on a recent study presented at an international meeting. There are two important things you should know about this myth.

#1: This study has not yet gone through the peer review process necessary for publication. We do not know if it is a valid study.

#2: The authors of this study are desperately trying to correct the misleading information that is being circulated on the internet about their study. They say their study does not apply to women taking a prenatal supplement containing folic acid during pregnancy. In fact, several studies  show that supplementation with 400 ug of folic acid during pregnancy decreases autism risk.

Unfortunately, the best efforts of the authors have not deterred irresponsible bloggers and journalists from spreading the myth that folic acid supplementation during pregnancy may cause autism. That is incredibly bad advice because it may discourage some expectant mothers from taking prenatal vitamins with folic acid. Multiple studies have shown folic acid supplementation during pregnancy reduces the risk of birth defects.

Methylfolate Benefits Myth: Folic acid can mask a B12 deficiency.

Fact: True, but irrelevant if you use a supplement with folic acid and B12 in balance.

For more details and references, watch my “Truth About Methyl Folate” video in the Video Resources section of Health Tips From The Professor.

Debunking The Myths of The Methyl B12 Benefits

Along with the methylfolate myths have come the methyl B12 myths. Some supplement manufacturers are now claiming that methyl B12 (methylcobalamin) is more natural and more effective than the cyanocobalamin that has been used in supplements for the past 70 years. The arguments are essentially the same as for methylfolate, so let me briefly debunk the methyl B12 claims as well. 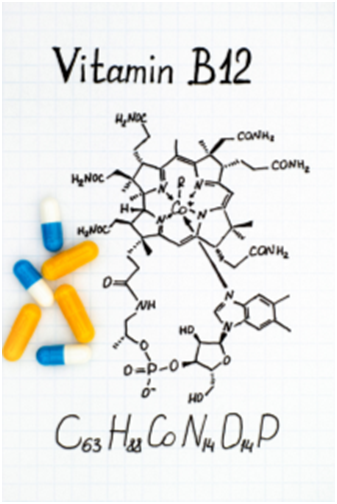 Methyl B12 Benefits Myth: Methyl B12 (methylcobalamin) is more natural than cyanocobalamin. We get the methyl B12 in our supplements from foods.

Fact: As with methylfolate, it would be impossible to extract enough methylcobalamin from foods. In fact, most of the methylcobalamin in supplements is chemically synthesized from either cyanocobalamin or hydroxycobalamin. It can never be more natural than it’s starting ingredients. A small amount of methylcobalamin is made from genetically modified bacteria.

Fact: You get much more cyanide from common foods such as almonds, lima beans, any fruit with a pit such as peaches, and even some fruits with seeds, such as apples. For example, a single almond contains 200 times more cyanide than a supplement providing the RDA of cyanocobalamin.

Methyl B12 Benefits Myth: Because methylcobalamin is one of the active forms of B12 inside cells (adenosylcobalamin is the other), it is better utilized by cells than cyanocobalamin.

Fact: Cyanocobalamin and methylcobalamin are equally well absorbed by the intestine and equally well transported to our cells. At the cell membrane, the cyano and methyl groups are stripped off and cobalamin (B12) binds to a transport protein called transcobalamin II. Once inside the cell either a methyl group or adenosyl group is added back to cobalamin. In short, methylcobalamin offers no advantage over cyanocobalamin because its methyl group is removed before it enters our cells. Once the methyl and cyano groups have been removed, the cell has no way of knowing whether B12 started out in the methyl or cyano form.

Methyl B12 Benefits Myth: Methylcobalamin is better utilized than cyanocobalamin for people with methylation defects.

MTHFR mutations only result in partial loss of activity. Most individuals with MTHFR defects remain symptom free with the RDA, or slightly above the RDA, of folic acid. However, there may be some individuals with a MTHFR defect and additional gene defects in metabolic pathways involving methylation who might benefit from methylfolate. This is due to a phenomenon that geneticists call penetrance and would likely represent a small subset of the population with MTHFR defects. The claims that everyone would benefit from methylfolate instead of folic acid are false. They are contradicted by human metabolism and published clinical studies.

The claims that everyone would benefit from methylcobalamin (methyl B12) instead of cyanocobalamin is even more outrageous. Anyone who takes the time to research how B12 enters our cells would realize that the claim is biochemically impossible.

In short, folic acid has been used for over 80 years and cyanocobalamin for 70 years. There are hundreds of clinical studies showing they are safe and effective, even in most individuals with a MTHFR deficiency. I can’t tell you whether the companies selling methylfolate and methyl B12 are ignorant of basic metabolism and the published studies refuting their claims or whether they are purposely trying to deceive the public—but neither is a good thing.