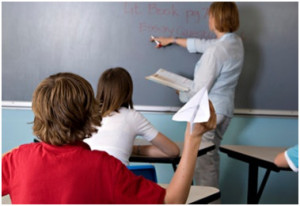 However, not everyone agrees that DHA and EPA are effective for reducing ADHD symptoms. Here is a brief summary of what we know:

However, recent studies have led to a certain amount of clarity about omega-3 and ADHD in children. In particular:

However,what you may not know is that many otherwise healthy children in this country have at least some degree of DHA and EPA deficiency. That’s because major food sources of EPA and DHA, such as salmon and sardines, are not most kid’s favorite foods.

The most recent study (Bos et al, Neuropsychopharmacolgy, 40: 2298-2306, 2015) was a double blind, placebo controlled study looking at the effectiveness of omega-3 supplementation in reducing ADHD symptoms in boys between 8 and 14 years old. It differed significantly from most previous studies in that:

The study included 40 boys, aged 8-14, who had been diagnosed with ADHD and 39 matched controls who did not have ADHD. Both groups were either given margarine containing 650 mg/day of both DHA and EPA or a placebo margarine containing an equal amount of monounsaturated fatty acids for 16 weeks. Compliance with the study was measured in terms of the amount of margarine consumed and the levels of DHA and EPA found in cells obtained by a cheek swab. ADHD symptoms (particularly attention span, rule-breaking behavior and aggression) were assessed on the basis of standardized parent-rated child behavior assessments. The results of the study were:

What Is The Significance Of This Study?

Because this study included a control group of boys without ADHD, it offers a whole new perspective on the importance of omega-3s for children. For example, this study showed:

However, when you think about it, this study represents a potential paradigm shift in how we think about omega-3s and childhood behavior. The real significance of this studyis that it suggests that omega-3 supplementation may be beneficial for any child with poor attention span, not just for children with ADHD. This interpretation would be fully consistent with previous studies showing that omega-3 supplementation improves cognitive function and reading skills in children.

What does this mean to you if you have a child with ADHD?

This study was unique in that it also included a control group of 8-14 year old boys without ADHD and found that omega-3 supplementation was equally effective at improving attention span in children without ADHD.