Several years ago I recall a cardiologist telling my class of first year medical students that statins were so beneficial that we should just put them in the water supply. He said it in a lighthearted manner, but I think he really believed it. [In actuality, statin drugs are so widely prescribed that they already are in the water supply of some major US cities (http://usatoday30.usatoday.com/news/nation/2008-03-10-drugs-tap-water_N.htm).]

The Pros And Cons of Statins

When taken by people who have already had a heart attack, statins clearly save lives. However, as I documented in my eBook “The Myths of the Naysayers” (scroll down to Check It Out if you would like to learn how you can get that eBook for FREE) the benefits of statins are marginal at best in healthy people who have not yet had a heart attack.  So are statins one of the risk factors for diabetes?

In addition, statins have some significant side effects. For example, up to 5% of people taking statins develop muscle pain. For most people the muscle pain is merely an inconvenience, but in a small percentage of cases it can lead to fatal complications.

More concerning are the required label warnings that statins can lead to memory loss, mental confusion, high blood sugar and type 2 diabetes. In other words, they may not kill you, but they sure can make life miserable.

Because of the marginal benefits in healthy people and the multiple side effects, some experts are starting to step up and say that statins may be overprescribed. For example, Dr. Roger Blumenthal, MD, a professor and director of the Ciccarone Preventive Cardiology Center at Johns Hopkins recently said: “Statin therapy should not be approached like diet and exercise as a broadly based solution for preventing coronary heart disease. These are lifelong medications with potential, although rare, side effects, and physicians should only consider their use for those patients at greatest risk…” 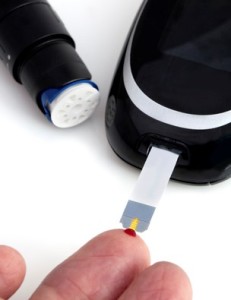 The authors of the current study (Cederberg et al., Diabetologia, DOI 10.1007/s00125-015-3528-5) felt that previous studies may have underestimated the true risk of developing diabetes because:

This study looked at the risk of developing type 2 diabetes associated with statin treatment over a 6-year period in a group of 8,749 Finnish men (aged 45-73 years) who were enrolled in the Metabolic Syndrome in Men (METSIM) study. That means that the men had metabolic syndrome (they were pre-diabetic), but none of them were yet diabetic at the beginning of the study. Other important characteristics of the study were:

As you might suspect, the increased risk of developing diabetes during the 6-year trial was greatest for those who were older, more obese, less physically active and had more advanced metabolic syndrome at the beginning of the study. What was surprising, however, were the other conclusions of the study.

Even though this study is a significant improvement over previous studies, it does have some limitations of its own.

Should You Take Statins If you are Diabetic or Pre-Diabetic? 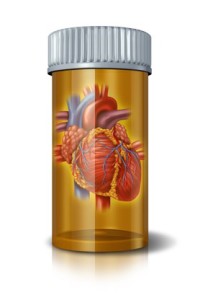 Let’s start by identifying the symptoms of metabolic syndrome or pre-diabetes. They are:

If you have three or more of these symptoms, you likely have metabolic syndrome or pre-diabetes.

The medical profession and the pharmaceutical industry are circling their wagons and assuring us that the benefits of taking statins clearly outweigh the risks – even if you are diabetic or pre-diabetic. I’m not so sure

The problem is that the benefits of statin therapy in healthy individuals who have not had a heart attack are modest at best. This sets up a real “Catch 22” situation. Diabetes and pre-diabetes increase the risk of heart disease, so current guidelines recommend that statin drugs should be prescribed for individuals who are pre-diabetic or diabetic. However, we now know that those very same statin drugs increase the risk of you becoming diabetic if you are already pre-diabetic. Because they decrease insulin production and increase insulin resistance they may also make your diabetes worse if you are already diabetic, but that has not been directly tested.

That is concerning because diabetes can lead to very serious complications such as neuropathy (numbness in the extremities), kidney disease & kidney failure, high blood pressure and stroke, and cataracts & glaucoma. Of course, you can always use diabetes medications to counteract the diabetes-enhancing effect of the statins, but those medications also have serious side effects. The pharmaceutical merry-go-round continues!

Are There Alternatives For Reducing the Risk Of Heart Disease? 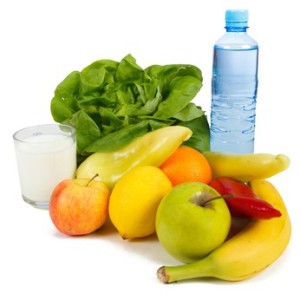 If statins are only modestly effective at reducing the risk of heart disease in otherwise healthy individuals and they significantly increase the risk of developing diabetes, it is perhaps prudent to ask whether there are alternative, non-drug approaches that can significantly reduce your cholesterol levels and allow you to avoid statins altogether?

According to the National Heart Lung & Blood Institute the answer to that question is a resounding yes! They call it Therapeutic Lifestyle Change or TLC (http://www.nhlbi.nih.gov/health/resources/heart/cholesterol-tlc). The TLC recommendations are:

The NHLB Institute recommends that the TLC approach always be tried first, and that statins only be used if the lifestyle approach fails – a message that seems to have gotten lost in the translation in many doctor’s offices.

What Should You Do?

Perhaps it is time to have a serious discussion with your doctor about following the National, Heart Blood & Ling Institute’s TLC recommendations – either as an alternative to statins or as something that will allow your doctor to reduce the amount of statins that your need to take.

I also recommend that you make lots of fresh fruits and vegetables and either oily fish or fish oil supplements part of your regular diet.

The old professor is just like the rest of you. My cholesterol gets a bit high from time to time and my doctor suggests going on a statin. Instead I ramp up my exercise, watch what I eat a bit more carefully, and use a supplementation program that includes stanols, sterols and omega-3 fatty acids.

My cholesterol gets back to where it is supposed to be. My doctor is happy, and I am happy.

If you have been prescribed statin drugs, it may be time to make a serious commitment to the TLC lifestyle change and have a discussion with your physician about reducing or eliminating your statins. This is especially true if you are already pre-diabetic or diabetic.