Will Soy Put Out The Fire? 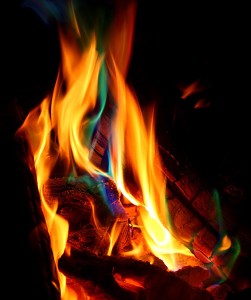 There has been a lot of controversy in recent years about soy and hot flashes. The question is whether soy isoflavones reduce the hot flashes associated with menopause.

And this is an important question! Because of concerns about increase heart attack risk with hormone replacement therapy (HRT) many women have been looking for natural alternatives to HRT for reducing hot flashes and other symptoms of menopause. They’ve been asking whether soy isoflavones are effective, and the answers that they’ve been getting have been confusing.

For example, you can still find many experts and health professionals who will tell you that soy isoflavones have no proven effect on menopause symptoms.

That is somewhat surprising since two recent meta-analyses (Howes et al, Maturitas, 55: 203-211, 2006; Williamson-Hughes, Menopause, 55: 203-211, 2006) and a 2010 expert panel of The North American Menopause Society have all concluded that soy isoflavones alleviate hot flashes.

Will Soy Put Out The Fire?

However, clear guidance in this area was sorely needed, so Taku et al (Menopause, DOI: 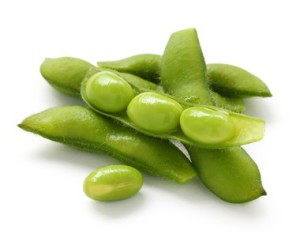 10.1097/gme.0b013e3182410159, 2012) performed an even larger meta-analysis that included 19 published clinical trials – some of which had been published after the previous two meta-analyses were performed.

I’ve talked about meta-analyses before, so you probably already know that they are very powerful because they combine the results of many individual clinical trials into a single data analysis.

But you also may remember me telling you that meta-analyses can be misleading if they introduce bias because of the kinds of clinical studies that they exclude from their analysis.

So I examined the design of this meta-analysis very carefully. It excluded clinical trials that:

There were several other well justified reasons for excluding some studies from the meta-analysis, but they were technical in nature. In my opinion this was a very well designed study.

And the results were clear cut. An average of 54 mg of soy isoflavones (some studies used a little less, some a little more) was sufficient to reduce:

Soy and Hot Flashes: What This Study Mean For You?

The results of this study were highly statistically significant. So if you are suffering from hot flashes and are wondering whether soy isoflavones will put out the fire, the answer appears to be YES.

And, if you look at the individual clinical studies it is apparent that the response is highly variable. Some women experience major relief from hot flashes and other menopause symptoms, while other women experience little or no relief.

The reason for this variability is not known, but it is likely that the effectiveness of soy isoflavones on reducing hot flashes is modified by other components of the diet and by lifestyle factors such as obesity, exercise and stress.

My take on this is that soy isoflavones should not be thought of as a “magic bullet” that will make hot flashes go away by themselves, but rather as a proven part of a holistic approach that encompasses a healthy diet, exercise, weight control and stress reduction