The Kernel of Truth Behind the Scary Headlines

Once again the sky is falling! Some of the recent headlines have been downright scary. You’ve probably seen headlines saying things like “The American Association for Cancer Research reports that dietary supplements increase cancer risk” and “A recent study shows that taking extra vitamins and minerals may do more harm than good”. You’re probably asking yourself if you should throw away those vitamin and mineral supplements that you have been taking.

Let me start by correcting some of the more misleading statements in the recent headlines:

•    This was not even a study. It was a review of previously published studies.

Should We Worry About A Few Studies Suggesting Increased Cancer Risk?

The important question is whether we should be concerned about even a few studies suggesting that supplementation increases cancer risk. As a 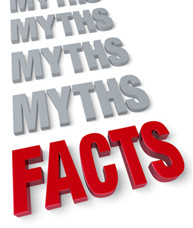 research scientist I am not particularly concerned. That’s because I realize that there is always some variability in the results of clinical trials.

•    Sometimes that’s because an individual clinical study was poorly designed. Those are studies that are easy to eliminate from consideration.

Unfortunately, that’s not the way it works in the “real world”. In the real world individual studies that support a particular viewpoint are often quoted over and over until they become “generally accepted as true” – even if multiple subsequent studies have come to the opposite conclusion. They become what I call “nutrition myths”.

In this issue of “Health Tips From the Professor” I will briefly debunk some of these nutrition myths about the cancer risk of supplementation by exposing the clinical studies that were poorly designed and/or have been contradicted by multiple subsequent studies.

However, there is often a “kernel of truth” buried in all the hype. This kernel of truth is the main focus of this issue because it should guide our decisions about supplementation – not the scary headlines.

One of the most widely quoted studies supporting the claim that antioxidant supplements increase the risk of cancer was a meta-analysis of 66 published clinical studies (American Journal of Clinical Nutrition, 297: 842-857, 2007). It came to the conclusion that consumption of extra vitamins A, E, and beta-carotene were associated with up to a 16% increased risk of cancer. However, that study included only those studies in which adverse outcomes were reported. 400 studies with no adverse outcomes were ignored.

More to the point, another group of scientists came back and re-analyzing the same data set a couple of years later (Nutrients, 2: 929-949, 2010). When they looked at same 66 studies included in the original meta-analysis, they reported that 60% of the studies showed no effect of supplementation; 36% of studies showed a benefit of supplementation; and only 4% showed an increased cancer risk.

You might ask yourself, “If only 4% of the studies showed any increase in cancer risk, how could the meta-analysis of all 66 studies report a 16% increase in cancer risk?” That’s because of a statistical quirk. In a meta-analysis the outcome of a single very large study can swamp the conclusions of multiple smaller studies. In this case, the increased cancer risk reported in the original meta-analysis was almost entirely due to a single study in which participants using vitamin E were also on hormone replacement therapy. That’s a concern because we now know that hormone replacement therapy significantly increases cancer risk.

In short, this was a flawed study, but it is cited over and over as “proof” that antioxidant supplementation may increase cancer risk.

I have covered this topic in a previous “Health Tips From the Professor” so I’ll just give you a brief summary here. In short, the flawed paper suggesting that antioxidants has been followed by several major studies that have come to the opposite conclusions. For example:

•    One study followed 24,000 adults in Germany for 11 years and found that those consuming antioxidant supplements at the beginning of the study had a 48% decrease in cancer mortality and a 42% decrease in overall mortality (European Journal of Nutrition, 51: 407-413, 2012).

•    Another study with the same group of 15,000 physicians found that vitamin C and E supplements had no effect on cancer risk over an 8 year period. But, when the study was extended by an additional 3.8 years vitamin C supplementation decreased the risk of colon cancer by 46% (American Journal of Clinical Nutrition, 100: 915-923, 2014).

I have also covered this topic in a previous “Health Tips From the Professor”, so, once again, I will be brief.

•    The study (JAMA, 297: 2351-2359, 2007) that is widely quoted as suggesting that folic acid supplementation might increase the risk of developing colon cancer in people over 50 didn’t actually look at colon cancer. It looked at adenomas in the colon. That is an important distinction because adenomas are benign. They can develop into a cancerous lesion over time, but that is not inevitable.

•    In fact, the second study showed that people with the highest intake of both folic acid from supplementation and folates from food significantly decreased their risk of developing colon cancer.

The Kernel of Truth Behind the Headlines

While the scary headlines about supplements causing cancer are clearly misleading, I would be doing my readers a disservice if I didn’t discuss the 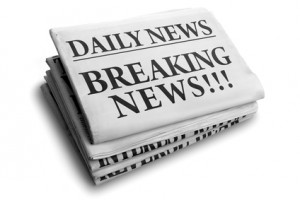 kernel of truth behind the headlines.

Let me start by saying that I am not a big fan of high dose, high purity individual supplements. In foods vitamins and minerals tend to occur in a natural balance. When we take individual nutrients in high doses, they often interfere with our body’s ability to absorb and utilize similar nutrients from the foods we eat. We create an imbalance.

•    Antioxidants are generally found in combination in foods, not as isolated nutrients. This is important because antioxidants work together. For example, vitamin E reduces free radicals to chemically unstable intermediates that have the potential to damage cells and cause cancer. A selenium-containing enzyme is required to convert these unstable intermediates into completely harmless compounds. This is thought to be the reason why a recent study found that high dose alpha-tocopherol increased prostate cancer risk in men with low selenium status, but not in men with high selenium status (Journal of the National Cancer Institute, doi: 10.1093/jnci/djt456, 2014).

•    Beta-carotene is the most abundant carotenoid in foods, but there are many other naturally occurring carotenoids – some of which appear to have unique anticancer activity in animal studies. This has been suggested as the reason why several studies have shown that diets high in carotenoids decrease the risk of lung cancer in smokers, but high dose beta-carotene alone appears to increase the risk of lung cancer in smokers.

•    B vitamins are best utilized in balance. That is especially true for folic acid, B12 and B6, which probably explains a recent study that suggested high dose B6 and folic acid supplements were associated with an increased risk of mortality, but a B complex supplement containing the same doses of both folic acid and B6 was not associated with increased mortality (Archives of Internal Medicine, 171: 1625-1633, 2011).

Do Supplements Cause Cancer?

Now that you understand the “kernel of truth” behind the headlines you can better understand why some experts recommend getting our vitamins and minerals from foods rather than supplements. While I understand the logic behind that recommendation, I consider it an imperfect solution to the problem for three reasons:

#1: Most of us don’t eat the way that we should. The USDA tells us that only 3-5% of Americans eat a healthy diet on a daily basis.

#2: Most of us don’t eat enough variety of foods. Even if we eat some healthy foods, we won’t get the balance of essential nutrients we need unless we eat a wide variety of healthy foods.

#3: Some of us have increased nutritional needs. Poor diet, genetic predisposition and poor health can all increase our needs for certain essential nutrients – and we may not know about those increased needs until it is too late.

Supplementation to fill nutritional gaps is still a good choice for many Americans, but I recommend avoiding the high dose, high purity individual supplements. For example:

•    Choose a supplement that contains all the naturally occurring forms of vitamin E and selenium in addition to alpha-tocopherol.

•    Choose a supplement that contains a variety of carotenoids, not just pure beta-carotene.

•    Choose a supplement that contains the B vitamins in balance, not just high dose individual B vitamins like folic acid or vitamin B6.

I could go on, but I think you get the idea. If you take individual high purity, high dose supplements you might actually increase your cancer risk. For the most part, the increased cancer risk has not been proven, but it is theoretically possible. A better approach is to choose supplements that are designed to mimic the balance of vitamins and minerals found in the foods we eat.

•    Ignore the scary headlines warning that supplement use may increase your risk of cancer. For the most part, those headlines are based on a few flawed studies that have been refuted by multiple subsequent studies which have come to the opposite conclusion.

•    However, there is a kernel of truth behind the idea that certain supplements might have the potential to increase cancer risk. High dose, high purity individual supplements such as alpha-tocopherol, beta-carotene and folic can interfere with our body’s ability to absorb or utilize related nutrients that are important for cancer prevention. In short, high dose, high purity supplements can create nutrient imbalances that have the potential to increase cancer risk.

o    Choose a supplement that contains all the naturally occurring forms of vitamin E and selenium in addition to alpha-tocopherol.

o    Choose a supplement that contains a variety of carotenoids, not just pure beta-carotene.

o    Choose a supplement that contains the B vitamins in balance, not just high dose individual B vitamins like folic acid or vitamin B6.

o    I could go on, but you get the idea. You want to choose supplements that are designed to mimic the balance of nutrients we find in nature.