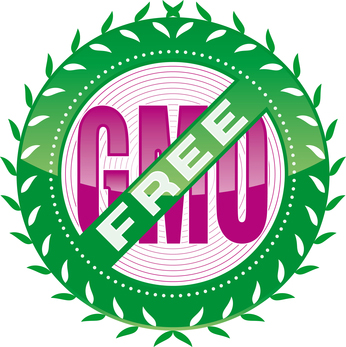 I’m probably going to get lots of hate mail for this week’s “Health Tips from the Professor” because I’m finally going to tackle the GMO controversy.

So almost anything I say about GMO is bound to offend somebody. But nobody ever accused me of being timid, so let’s get started.

What Are The Health Risks Of Genetically Modified Foods?

I’m going to start with the supposed health risks of GMO foods because that’s my area of greatest expertise, and I’m going to evaluate those health risks from the viewpoint of a card-carrying biochemist. I’ve seen the scary pictures and alarming statements posted on many anti-GMO web sites, but objective evidence that genetically modified foods are harmful to humans is underwhelming at present.

Modifications to DNA And Health Risks

Let’s start at the beginning. Genetic modification occurs in the DNA, and on that basis GMO foods have some potential, but yet unproven, risks. Let me give you an example:

It is an interesting idea, but to my knowledge one that has not yet been shown to have actually occurred in a human being.

Modifications to Proteins And Health Risks

A more likely risk comes from the proteins contained in genetically modified foods:

However, it would be very surprising if there weren’t some individuals with food allergies to genetically modified proteins.

Many of the GMO opponents take it one step further and want to label as GMO any food or supplement that contains any ingredient made from a genetically modified food. This is where the science is clearly on the other side of the aisle. With respect to purified sugars, purified oils, vitamins and other purified nutrients obtained from foods there is no difference between GMO and non-GMO because these purified nutrients contain neither DNA nor protein.

Should GMO Labeling Be Required For All Food Ingredients?

For the most part, it isn’t even possible for most manufacturers to produce foods or supplements with all non-GMO ingredients. When the whole GMO issue first entered public awareness the food industry was guided by the science. It made good business sense for them to create a capacity, a pipeline if you will, to make sure that non-GMO protein sources were available to meet the market demand for companies that wanted to make non-GMO protein products for this new GMO-adverse market.

But, nobody anticipated the emotional demand for non-GMO sugars, oils and the like. There was no scientific basis for that demand, so none of the suppliers created the capacity to meet that demand. Currently there is only enough of those kinds of non-GMO ingredients to meet the needs of the bit players in the market. There simply aren’t enough of those ingredients to satisfy the requirements of any manufacturer who deals in the mass market. That, for example, is the reason big players in the market lobbied against the recent California and Washington State propositions that would have required a food product to be labeled GMO if any ingredient in the food was GMO.

Genetically Modified Foods And The Environment

Now that I have managed to alienate almost everyone, I should point out that there are some non-health issues around GMO foods.

What is the take-home lesson for you?

From a health perspective:

From an environmental perspective: