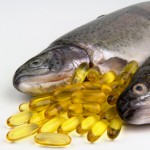 One of my readers recently sent me a video titled “Is Fish Oil Just Snake Oil?” and asked me to comment on it. The doctor who made the video claimed that the most recent studies had definitively shown that omega-3 fatty acids, whether from fish or fish oil, do not decrease the risk of heart attack, stroke or cardiovascular death. He went on to say that the case was closed. There was no point in even doing any more studies.

My reader, like many of you, was confused. Wasn’t it just a few years ago we were being told that clinical studies have shown that omega-3 fatty acids significantly reduce the risk of heart disease? Hadn’t major health organizations recommended omega-3 fatty acids as part of a heart health diet? What has changed?

The answer to the first two questions is a resounding YES, and “What has changed?” is THE story.  Let me explain.

That’s not unexpected because it is almost impossible to show that any intervention significantly reduces the risk of heart disease in healthy populations. For example, as I pointed out in recent Health Tips From the Professor (“Do Statins Really Work?” and “Can An Apple A Day Keep Statins Away?”) you can’t even show that statins significantly reduce heart attack risk in healthy populations.

Most of the early  studies looking at the effect of fish oil in patients at high risk of cardiovascular disease (what we scientists refer to as secondary prevention studies) reported very positive results. 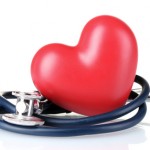 However, the most recent studies have been uniformly negative. For example, the ORIGIN trial (Bosch et al, NEJM, 367: 309-318, 2012) treated 12,536 patients who were considered at high risk of heart disease because of diabetes or pre-diabetes with either 1 g/day of fish oil or a placebo. This was also a robust, well designed study, and it found no effect of the fish oil supplement on either heart attacks or deaths due to heart disease.

No wonder you are confused by all of the conflicting studies. You must be wondering: “Is the American Heart Association wrong?” “Are fish oil supplements useless for reducing heart disease risk?”

What Has Changed Between The Early Studies & The Latest Studies?

When a trained scientist sees the outcome of well designed clinical studies change over time, he or she asks: “What has changed in the studies?” It turns out that a lot has changed.

1)     In the first place the criteria for people considered at risk for heart attack and stoke have changed dramatically. Not only has the definition of high cholesterol” been dramatically lowered, but cardiologists now treat people for heart disease if they have inflammation, elevated triglycerides, elevated blood pressure, diabetes, pre-diabetes or minor arrythmia.

For example, the GISSI-Prevenzione study recruited patients who had a heart attack within the past three months, while the ORIGIN study just looked at people who had diabetes or impaired blood sugar control. While both groups could be considered high risk, the patients in the earlier studies were at much higher risk for an imminent heart attack or stroke – thus making it much easier to detect a beneficial effect of omega-3 supplementation.

2)     Secondly, the standard of care for people considered at risk for heart disease has also changed dramatically. In the earlier studies patients were generally treated with one or two drugs – generally a beta-blockers and/or drug to lower blood pressure. In the more recent studies the patients generally receive at least 3 to 5 different medications – medications to lower cholesterol, lower blood pressure, lower triglycerides, reduce inflammation, reduce arrhythmia, reduce blood clotting, and medications to reduce the side effects of those medications.

However, the people who are writing the headlines you are reading (and the videos you are watching) are not making that distinction. They are pretending that nothing has changed in the way the studies are designed. They are telling you that the latest studies contradict the earlier studies when, in fact, they are measuring two different things.

Was the doctor who made the video “Is Fish Oil Just Snake Oil?” correct in saying that omega-3 fatty acids are ineffective at reducing the risk of heart disease? The answer is yes and no.

If you take the medical viewpoint that the proper way to treat anyone at the slightest risk of heart disease is with 3-5 medications – with all of their side effects, the answer seems to be pretty clear cut that adding fish oil to your regimen provides little additional benefit.

However, that is not the question that interests me. I’d like to know whether I can reduce my risk of heart attack and cardiovascular death by taking omega-3 fatty acids in place of those drugs – as the original studies have shown.

I’m sure many of my readers feel the same way.

The Latest On Diet And Heart Health 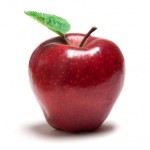 You’ve all heard the saying “An apple a day keeps the doctor away”. It dates back to Victorian England. It was the public health message of the day – much simpler and more concise than our current food guide plate.

A prominent British doctor and his research team recently decided to see how accurate that saying really was. But they took their study one step further. They compared the effectiveness of an apple a day versus a statin a day at reducing the risk of cardiovascular deaths (Briggs et al, British Medical Journal, 3013;347:f7267 doi: 10.1136/bmj.f7267).

The results of that comparison may surprise you.

Does An Apple A Day Keep Statins Away?

They asked what would happen if each of them were the primary intervention for the entire British population over 50 who were not currently taking statin drugs (17.6 million people).

They assumed a 70% compliance rate for both interventions. In simple terms that means they assumed that 70% of the population would actually do what their doctors told them. (Patients must be more compliant in England than in the US).

The results were interesting. They estimated that:

But when they looked at side effects and cost the two interventions were significantly different.

And the 70% compliance rate is probably wildly optimistic. Some experts have estimated that up to 50% of patients discontinue their statin medications within the first year because of side effects or cost.

Is There A Scientific Basis For Those Estimates?

Of course, we all know that the “apple a day…” saying was never meant to be taken literally. It was just a simple way of saying that a good diet will reduce the risk of disease.

It turns out that there was another major study on the effect of dietary fiber on reducing the risk of cardiovascular disease in the very same issue (Threapleton et al, British Medical Journal, 2013;347:f6879 doi: 10.1136/bmj.f6879). It was a meta-analysis that combined the data from 22 previously published studies. 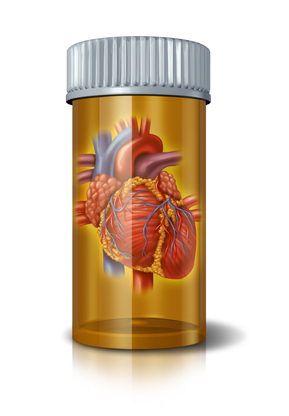 Some of my cardiologist friends are so convinced that statin drugs prevent death from heart attacks that they have said, only half-joking, that we should just add statins to the water supply.

Are Cholesterol-Lowering Drugs Right For You?

If you’ve already had a heart attack the evidence is clear cut.

But what about those millions of Americans who are being prescribed statin drugs who have never had a heart attack? This is something we scientists refer to as primary prevention.

What Do The Studies Actually Say About Statins And Primary Prevention?

Here the evidence is not clear at all. Two major reports have cast doubt on the assumption that statins actually do prevent heart attacks in people who have not already had a first heart attack.

In the first study, Dr. Kausik Ray and colleagues from Cambridge University in England performed a meta-analyis of 11 clinical studies involving over 65,000 participants (Ray et al, Arch. Int. Med., 170: 1024-1031, 2010). They focused on those participants in the studies who had not previously had a heart attack (primary prevention).

The second study was a Cochrane Systemic Review of statins published January 19th, 2011.  It stated that there was not enough scientific evidence to recommend the use of statins in people with no previous history of heart disease with some caveats (see below).

To help you understand the significance of that conclusion, let me give you a bit of background:

How Should These Studies Be Interpreted?

Please don’t misinterpret what I am saying. The Cochrane Review said that statin drugs are overprescribed, but it did not say that everyone who has not had a heart attack will not benefit from statins. It said that there are a number of risk factors that need to be considered in evaluating individual patients for statin use.

There Is A Double Standard In The Medical Community

More importantly, these studies highlight the difficulty in showing that anything works when you start out with a healthy group of adults with no prior evidence of disease (primary prevention).

It is food for thought.

1)    Statin drugs clearly save lives when used by people who have already had a heart attack.

2)    On the other hand, there is no proof that statin drugs prevent heart attacks in people who have not previously had a heart attack

3)    Statin drugs do have side effects. Increased risk of diabetes, liver damage, muscle damage and kidney failure are the best documented, although memory loss has also been reported.

5)    Perhaps the most important poin tto come out of these studies is that it almost impossible to prove the benefit of any intervention in a primary prevention trial. If you can’t prove that statins work in healthy people, it is not surprising that it is difficult to prove that other interventions work.

6)   Finally, the way that these studies have been interpreted shows that there is a clear double standard in how the medical community evaluates primary intervention trials.