Is Chemical Brain Drain A Pandemic?

In a past issue of “Health Tips From the Professor” I examined the evidence suggesting that toxic chemicals in the home could cause childhood asthma. That is alarming because asthma can predispose individuals to other diseases and affects quality of life. 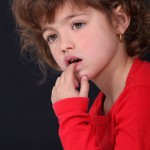 But, what if that were only the tip of the iceberg? For example, a recent headline stated: “More Toxic Chemicals [In Our Environment] Are Damaging Children’s Brains”. If that headline is true, it’s downright scary.

The authors of this study suggested that toxic chemicals which are abundant in our environment can cause decreases in IQ and aggressive or hyperactive behavior in children – and that those changes may be permanent.

The Study Behind The Headlines

The paper that generated the headlines (Grandjean & Landrigan, The Lancet Neurology, 13: 330-338, 2014) was a review of the literature, not an actual clinical study.

Based on published clinical studies, the authors identified 12 chemicals commonly found in the environment as developmental neurotoxins (toxins that interfere with normal brain development) based. [If you would like to find out what those “Dirty Dozen” chemicals are and where they are found, click here.]

This finding compares with 6 developmental neurotoxins that they were able to identify in a similar study in 2006.

The authors were not claiming that the number or amount of toxic chemicals changed between 2006 and 2014. They were saying that science has advanced to the point where we can classify six more chemicals that have been in our environment for years as developmental neurotoxins.

Even more worrisome, the authors postulate that many more environmental neurotoxins remain undiscovered.

Are Toxic Chemicals Lowering Our IQ?

To answer that question, you need to look at some of the studies they cited in their review. For example:

The effects of many of the toxic chemicals on IQ were difficult to quantify, but the authors estimated that exposure of US children to just 3 of the chemicals (lead, methymercury and organophosphate pesticides) was sufficient to lower their average IQ by 1.6 points.

What Are The Potential Consequences?

The authors spoke of the environmental neurotoxins they identified as representing a “silent pandemic of a chemical brain drain” that could cost the US economy billions of dollars.

One of the blog posts I read on this topic summarized the consequences in a very graphic manner. It said:

If one child’s IQ is reduced by 5 points, it doesn’t appear to make a big difference.  For example, that child might be:

However, if the average IQ of every child in the US were decreased by 5 points, the effect becomes significant:

Of course, statements like that are a bit over the top. Drs. Grandjean and Landrigan did not claim that the net effect of the chemicals they identified was a 5 point drop in IQ. Nor did they claim that all US children were affected equally. 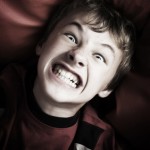 The authors cited numerous studies linking the chemical neurotoxins they identified to aggression and hyperactivity. But perhaps the most compelling reason to suspect that environmental chemicals may be affecting brain development is the spiraling incidence of developmental disorders such as autism and ADHD. For example:

Some of this increase could be due to better diagnosis of these conditions, but nobody believes that all of it is due to improved diagnosis. The authors claim that much of this increase is likely due to environmental exposure to the kinds of developmental neurotoxins they identified.

Is The Science Solid?

This is a difficult area of research. You can’t do the gold standard double-blind, placebo-controlled clinical trial. Nobody in their right mind would give one group of children toxic chemicals and the other group a placebo.

The studies cited in this paper were mostly population studies. Basically this means that they compared children with exposure to certain toxic chemicals to a control group that was as similar as possible to the first group except that their exposure to the toxic chemicals was less.

The limitation of this kind of study is obvious. We are usually comparing children from different locations or of different backgrounds. We almost never know if we have controlled for all possible variables so that the groups are truly identical.

As a consequence it becomes important to ask how many studies come to the same conclusion. For some of the toxic chemicals, such as lead, methymercury and organophosphate pesticides, the weight of evidence is very strong. For some of the newer additions to their list of developmental neurotoxins, it is pretty clear that the chemicals have neurotoxic properties, but the significance of those effects on the developing human brain are hard to quantify at this point.

1)     A recent review claims that there is a good scientific basis for classifying at least 12 environmental chemicals as developmental neurotoxins that are likely to reduce IQ and contribute to behavioral problems in US children. [If you would like to find out what those “Dirty Dozen” chemicals are and where they are found, click here.]

2)     The science behind the claims in this review is solid, but not iron-clad.

3)     However, there are times when we need to simply ask ourselves: “What if it were true?” The consequences of lowered IQ and developmental behavioral problems are so significant that it may not make sense to wait until we have unassailable scientific evidence before we act.

4)     We all need to be guardians of our personal environment. But, it is not easy. The “Dirty Dozen” chemicals identified in this study come from many sources:

In a recent review, Drs. Grandjean and Landrigan (The Lancet Neurology, 13: 330-338, 2014) identified 12 toxic chemicals which are abundant in our environment and are developmental neurotoxins.

These are all chemicals that damage brain development. They can cause decreases in IQ and aggressive or hyperactive behavior in children – and that those changes may be permanent.

Let’s look at these developmental neurotoxins and where they are found.

Developmental Neurotoxins Known in 2006 and their sources:

Developmental Neurotoxins Identified Since 2006 and their sources: