What Is The Real Vitamin D Story? 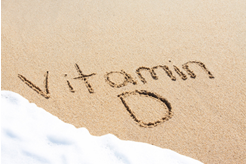 If you are like most people, you probably don’t know what to believe about vitamin D deficiency. Some experts tout vitamin D as a miracle nutrient that will help you lead a longer, healthier life. They leave you with the impression that everyone should be supplementing with vitamin D.

Other experts tell you that the supposed benefits of vitamin D are all hype. They tell you not to waste your money on vitamin D supplements.

When you pull back the curtain and look at the clinical studies behind the headlines, a pattern begins to emerge.

On the other hand, most of the studies that fail to find any benefit of vitamin D are double blind, placebo-controlled intervention studies in which one group was given supplemental vitamin D and the other group was given a placebo. While these studies are considered the most reliable clinical studies, they have their limitations as well.

This is the current dilemma that is creating all of the confusion in the vitamin D story. For the most part, population studies and intervention studies are coming to very different conclusions. And both kinds of studies have inherent limitations that are difficult to overcome.

Fortunately, a new kind of clinical study has been developed in recent years that overcomes the limitations of both population studies and intervention studies.

A New Kind of Clinical Study 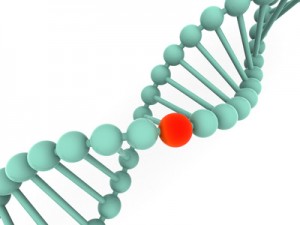 The new approach is something called mendelian randomization. I apologize for the scientific jargon, but let me explain. In this case you are separating your population based on genetic variation rather than on the basis of biochemical or behavioral differences.

For example, in the clinical study I will describe in a minute the population was separated into groups based on genetic variations in the DHCR7 and CYP2R1 genes. The first gene is involved in the biosynthesis of cholesterol, which is a precursor of vitamin D, and the second gene converts vitamin D to 25-hydroxyvitamin D. Both genes affect blood levels of 25-hydroxyvitamin D.

This kind of study has several unique strengths:

This study (S. Afzal et al, The British Medical Journal, 2014;p 349:g6330 doi: 10.1136/bmj.g6330) combined the data from three clinical studies conducted in Copenhagen between 1976 and 2013. The age of the participants ranged from 20 to 100 years and the follow-up was 6-19 years. 95,766 participants in these studies were genotyped for variants in the DHCR7 and CYP2R1 genes which were known to affect 25-hydroxyvitamin D levels. 35,334 of those participants also had blood 25-hydroxyvitamin D levels determined. By the end of the study 10,349 of the participants had died.

What Kind Of Studies Are Needed Next?

The authors noted that this is the first study of its kind, so it obviously needs to be confirmed by other large mendelian randomization studies that test the link between vitamin D status and mortality.

Ideally, it should also be verified by double blind, placebo controlled intervention studies, but that may not be possible. If one really wanted to verify this study, the intervention study should start with a population group with 25-hydroxyvitamin D levels at least 20 nmol/L below what is considered adequate and provide them with enough supplemental vitamin D to increase their 25-hydroxyvitamin D to the adequate range. That is difficult, but doable.

However, the intervention study would also need to be long enough (decades perhaps) to prevent cancer from developing. That kind of study will probably never be done.