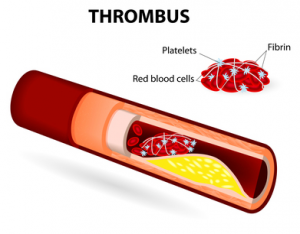 What if something as simple as adding more omega-3 fatty acids to your diet could dramatically decrease your risk of VTE? That’s exactly what a recent study (Hansen-Krone et al, J. Nutr., 144: 861-867, 2014) has suggested. It claims that one of the benefits of omega-3 in your diet may be to help prevent venous thromboembolism.

What Is Venous Thromboembolism or VTE?

About 1/3 of the time, the clot breaks loose and travels to the lung where it blocks blood flow to a portion of the lung (a process called pulmonary embolism). The symptoms of pulmonary embolism are severe shortness of breath, chest pain when breathing or coughing, and death! While the first two symptoms are pretty frightening, it’s the last symptom (death) that we’d really like to avoid.

One of the benefits of Omega-3s is they have been shown to reduce inflammation and platelet aggregation, two of the most important risk factors for venous thromboembolism. So it is logical to think that omega-3s might help reduce the risk. However, good scientists don’t rely on logic alone. They test their hypotheses by doing clinical studies.

Unfortunately, the results of previous clinical studies have been mixed. One study showed a protective effect of omega-3s, but two other studies found no correlation between omega-3 fatty acid intake and VTE. However, these studies had some significant limitations: 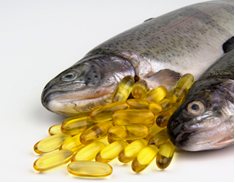 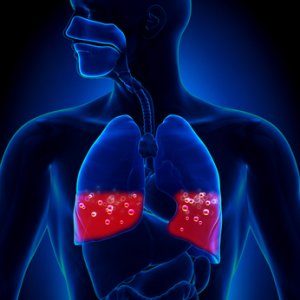 The results were pretty impressive:

Strengths & Weaknesses of the Study

Since not all of the previous clinical studies have reached the same conclusion, it is important to look at the strengths and weaknesses of the study compared to the previous studies.

1)     VTE is a serious condition with a high rate of mortality.

2)     A recent study suggests that a combination of high fish consumption and fish oil supplement use may significantly decrease the risk of venous thromboembolism.

3)     It is interesting to note that even three servings/week of omega-3 rich fish was not enough to cause a significant decrease in venous thromboembolism risk. It required additional omega-3s from fish oil supplements before the decreased risk was significant.

4)     Not all previous studies have come to the same conclusion. So while the most recent study had several improvements in design compared to previous studies, the case can’t be considered closed. More studies are clearly needed.

5)     This study suggests that omega-3 fatty acids may help prevent VTE from occurring. You should not consider them to be a treatment for the condition. If you are experiencing symptoms of venous thromboembolism (leg pain and swelling for deep vein thrombosis (DVT) or shortness of breath and pain when breathing for pulmonary embolism), don’t reach for your fish oil capsules. Call your doctor right away.