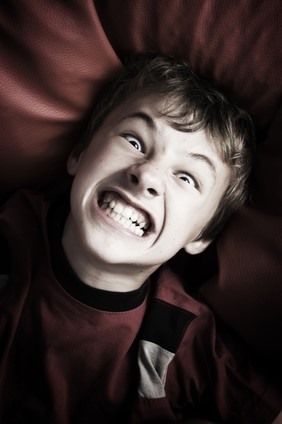 When I was a kid we didn’t have all of these fancy words like hyperactivity, ADD and ADHD. If a kid had trouble sitting still and trouble focusing on the task at hand, they were just considered “fidgety”.  So, what causes ADHD in kids?

Now that I’ve dated myself once again, let’s get to the real topic which is: “Can the foods that your kids eat have any relationship to ADD and ADHD symptoms?”

To put things into perspective, the CDC just announced that 11% of all school age children in the US have been diagnosed with ADHD. That is a 41% increase in the last decade alone. I am not going to discuss the controversy about why the incidence of ADHD is rising so rapidly in this country. That is another story for another time.

My concern is that two thirds of those children are being given stimulant medications like Ritalin and Adderall. While those medications can help reduce the symptoms, they can also cause serious side effects such as addiction, anxiety and psychosis.

So it might be time to stop and ask, is there a better way? Could the foods those children are eating cause ADHD? If so, could something as simple as changing their diet control the symptoms of ADHD without any side effects?

I’ve talked about the effect of food additives, Do Artificial Colors Cause Hyperactivity  , and the sugar content of the diet on hyperactivity in previous issues of my “Health Tips from the Professor”.

The question that I’m posing today is whether sensitivities to foods that we would otherwise consider to be healthy could also trigger ADHD symptoms?

Could The Foods Our Children Eat Cause ADHD?

However, a major clinical study called The Impact of Nutrition on Children with ADHD was recently performed that suggests the answer to this question is a resounding YES – food sensitivities can cause ADHD symptoms (Pelesser et al, Lancet, 377: 494-503, 2011).

100 children from the Netherlands and Belgium with a definitive diagnosis of ADHD were enrolled in the study. The age of the children was 4 to 8 years old because it is easiest to control the food intake of children in that age group.

At the beginning of the study every child was given IgG blood tests to identify food sensitivities. During the first 5 weeks of the program the children were divided into two groups.

At the end of this 5-week period all of the children were evaluated for ADHD symptoms in a blinded fashion by a pediatrician specializing in diagnosing and treating ADHD.

Can IgG Tests Identify Children Who Will Benefit From Changing Their Diet?

The first phase of the study (described above) was followed by a second phase in which restricted foods were added back to the diet of those children who had responded positively to the elimination diet.

And this phase of the study was also done in a double blind fashion – meaning that neither the children nor the evaluators knew whether they were receiving low IgG foods or high IgG foods during the test period.

The results of this phase of the study were also very interesting:

The authors’ conclusions were simple:

What is the significance of this study if you have a child with ADHD? According to a recent study:

Some of you might be saying that sounds difficult (it is), so why bother?

Some of you might be asking, “Are there any easier drug-free approaches that one could try, or is there any natural approach that might work for the 22% of children who don’t respond to the elimination diet?”

The answer to both questions is yes.

But if all else fails I would recommend trying an elimination diet to identify problem foods and then eliminating those foods from your child’s diet before putting them on drugs.